Over 150 attended the Liverpool TUSC rally, reflecting an appetite for an alternative

"Russelllllllll Nooooooooooo!!!!!!!". This response from the Artist Taxi Driver probably summed up what many people felt when they saw the latest episode of Russell Brand's Trews internet

On May Day, international workers' day, TUSC candidates and supporters participated in events across the country

The Barking and Dagenham bin workers are striking for eight days between 1st and 8 May. 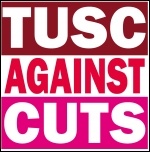 TUSC must continue to present the alternative to pernicious cuts

Cllr Kevin Bennett summed up his thoughts on his election campaign

In the culmination of months of work, Manchester TUSC attended the vote count

In spite of the virtual media black-out for TUSC, which belied the promises made by media spokespeople before the election campaign started, encouraging results for TUSC are being reported

After Labour's failure to defeat the Tories: Help build fightback against austerity 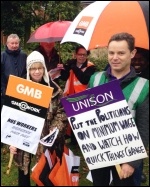 "Our sweet victory", read the London Evening Standard, owned appropriately by a Russian oligarch and reflecting their delight at the unexpected victory of the Tories. Peter Taaffe writes.

The EDL were massively outnumbered by protesters

Millions of people are contemplating how they can survive another five years of austerity, writes John McInally

Labour annihilated as SNP sweeps in 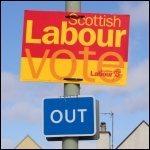 Shelter, the homelessness charity, says more than 80% of homes for sale in England were unaffordable for the average working family looking to buy their first home

Students have twice occupied the Library of Birmingham to protest shortening opening hours and library closures across the city, writes James Brackley.

Last year at the National Union of Students conference, support for free education passed by a whisker, overturning a decade of opposition. This year, 90% of delegates voted to back free education, writes Ian Pattison, Socialist Students national chair. 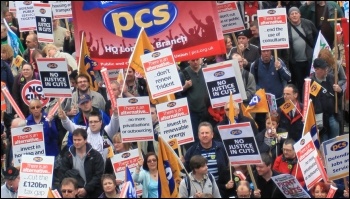 Thousands of jobs are at risk as TNT/Whistl has suspended its entire UK delivery operation after losing its financial backers, writes Carl Harper, Royal Mail worker and CWU member.

Kone engineering service workers have been on strike every Monday over plans to use unreliable tracking devices in their vehicles, writes Elaine Brunskill.

RMT members working for Network Rail, including signal and maintenance workers, have voted by four-to-one to strike over pay and job security on a 60% turnout 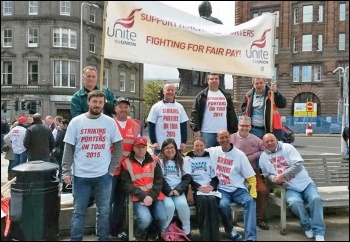 The Dundee hospital porters are into their sixth week of all-out strike action as we go to press and they are as strong and determined as ever, writes Philip Stott.

The Fire Brigades Union 2015 conference is being held just days after the general election. Another 20% of cuts by the Tory government would reduce the fire service to the bone

118,000 votes against all cuts: Including the local elections taking place on the same day across England (outside London), the 100% anti-austerity Trade Unionist and Socialist Coalition received 118,125 votes

The richest tenth of the UK's population pay 35% of their income (not wealth) in tax. The poorest tenth pay 43%

Disaster in Nepal - amplified by capitalism

Nepal, one of the poorest countries in south Asia, has been further devastated by the recent earthquake and its aftershocks

Check-off attack will not defeat PCS

The PCS civil servants' union very existence has been threatened over the past year. The politically-motivated decision by the government to withdraw check-off has tested the union to its limits

Bromley's Tory council wants to privatise everything it can get away with, and withdraw all trade union facilities with immediate effect - but they've got a fight on their hands 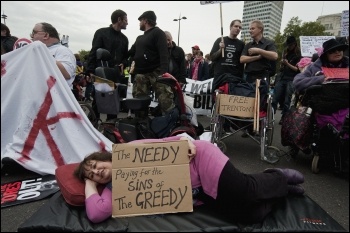 Thirty years ago, on 11 May, 56 people died and 256 were injured in a devastating fire which gutted Valley Parade, the home ground of Bradford City football club

On 26 April, the first black US President, Barack Hussein Obama, stepped to the podium at the annual White House Correspondents' Association dinner to engage in frivolous banter with fellow politicians, corporate media hounds and comedians, dressed in their finest tuxedoes and gowns

After only being online for a day, over 2,000 people have indicated they will attend an anti-austerity protest organised by Leeds Youth Fight for Jobs (YFJ) on the day of the state opening of parliament

YFJ plans protests on Wednesday 27th May, the day of the state opening of the new parliament

Millions of people will feel fear and a sense of gloom as the Tories spell out their plans - to wipe out the welfare state, destroy the trade unions, and privatise everything in sight to the enrichment of the already super-rich, writes A weekend of discussion and debate on how to change the world.

Eleven thousand families were thrown out of their accommodation in the first three months of 2015. This is a 51% increase compared to six years ago. These evictions are due to excessive rents, coupled to low pay and to government benefit cuts 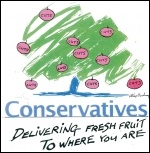 When Maggie Thatcher first spoke from the Downing Street steps she quoted Francis of Assisi, promising harmony and hope. Instead she ruled ruthlessly for the 1%. Cameron's promise to be a 'one nation' prime minister is a lie on the same scale 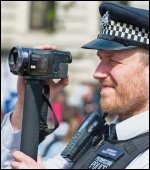 Students, staff and parents gave management a sound drubbing in a south London debate over whether three schools should be converted into academies, writes Beth Sutcliffe, Lewisham Socialist Party.

ITV production staff in the Bectu, NUJ and Unite unions took national strike action over pay on 14 May

Ukip, the divisive right-wing party, admits that it sent an agent provocateur into Stand up to Ukip which was campaigning against Nigel Farage in South Thanet, Kent during the general election

100,000: The number of jobs the government intends to axe from its departments over the next five years, seriously damaging public service delivery

Protest at re-opening of parliament on 27 May: Shock at election result has quickly turned into anger and action

The Labour leadership contest begs the question: what is the point of the Labour Party?

I recently wrote a letter to Mr Neil Carmichael, Stroud's Conservative MP, about my concerns surrounding A-level reform - but was fed an unsatisfactory automated response

Protecting libraries is an important part of Trade Unionist and Socialist Coalition (TUSC) campaigning. In Bristol, the independent mayor plans to close seven. Scandalously these cuts were fronted by the Green assistant mayor

Defend NHS pay: Nurses could strike if the Tories' talk of a "seven-day NHS" results in attacks on unsocial hour and weekend working payments, according to the leader of the Royal College of Nurses, Dr Peter Carter 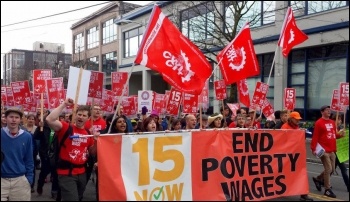 Socialists have led a successful struggle to increase the minimum wage in Seattle, photo 15 Now

Presidential campaign needs to build independent political power: Boldly calling for a "political revolution" against the "billionaires and oligarchs" who have hijacked the political system, Bernie Sanders, the only self-described socialist in Congress, has launched an insurgent campaign for president

The Socialist Party election appeal has now raised £73,000, with a further £8,000 pledged. This reflects enormous enthusiasm for the Trade Unionist and Socialist Coalition challenge, and pride in the Socialist Party's role in building TUSC

Protest reports from Sheffield and Bristol 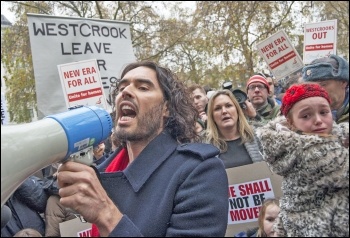 Britain: the struggles to come 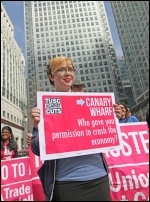 Following the general election, contrasting emotions were evident in the opposing camps. The Tories were triumphant at the prospect of 5 more years in power. Peter Taaffe writes

A nice earner: One person not unduly worried about paying their gas bill is Tesco top dog Dave Lewis. In just six months the new head of the faltering retail giant was paid £4.1 million 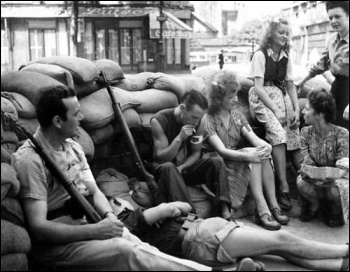 The RMT and TSSA national Network Rail strike, planned for 25-26 May, was postponed following a new pay offer

Stop the privatisation of student loans!

The Socialist Party believes Labour lost the election fundamentally because it fails to represent working class people. But a queue of Labour Party leadership have claimed that the party didn't appeal to the "aspirational"

"Don't despair, organise!" has been the message of many union activists since the Tory victory was confirmed on 8 May

Tories threaten young people's welfare, housing and education: Sitting in my first A-level economics lesson a year before US bank Lehman Brothers declared bankruptcy my teacher said: "before you finish this course the economy will have crashed"

Determination to fight back on a new scale 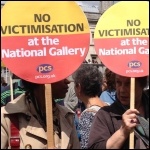