Link to this page: https://www.socialistparty.org.uk/articles/13640

Trade unionists and socialists prepare for May elections 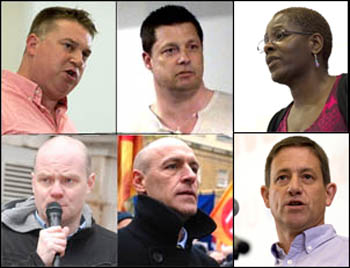 Last Saturday over 50 prospective candidates and campaign organisers from around the country met to plan the Trade Unionist and Socialist Coalition's (TUSC) challenge in May's local and London Assembly (GLA) elections.

Following the statements by Eds Milband and Balls, the leaders of the Labour Party, saying that they support the government coalition's cuts and that a Labour government would not reverse them, the question of building an anti-cuts working class political alternative is an idea that millions will be more open to than ever before.

This was reflected in the prominent trade unionists in attendance and the proposed slate for the GLA elections announced at the meeting (see press release below).

Across England there will be dozens of candidates challenging the idea that cuts are in any way necessary.

The conference endorsed a five point minimum programme that all candidates wishing to stand for TUSC would have to agree with:

A new alliance, the Trade Unionist and Socialist Coalition (TUSC), made up of trade union members and socialists, is to stand candidates in the Greater London Election on 3 May to challenge the all-party support for the government's austerity cuts and pay freeze.

The coalition expects to win support from trade unionists and other voters who are angered by the recent statements of Labour leader Ed Miliband and the Shadow Chancellor Ed Balls, in which they stated that they will not reverse the Government's cuts and that they support its pay freeze.

A list of candidates will challenge in the 'top up' section of the election and if it wins at least 5% of the vote across the whole of London it could win at least one place on the 25-seat Greater London Assembly. 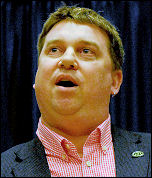 The coalition has already selected prominent London trade union leaders such as Alex Gordon, the national president of the RMT rail and maritime union and Steve Hedley the RMT's London Transport regional organiser, Ian Leahair, the Fire Brigades Union executive committee member for the capital, Joe Simpson, assistant secretary of the Prison Officers' Association and Martin Powell-Davies, who is the London representative on the national committee of the NUT teachers union. 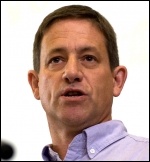 The Labour Party will be concerned that many public sector workers who participated in the 30 November pensions' strike may be moved to vote for this coalition because of the failure of Labour leaders to support the walk-out.

Labour leaders will also be worried that rank and file union members of Labour affiliated unions could press for their funds to go to TUSC candidates instead of to Labour. 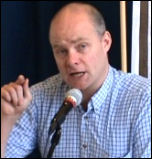 Steve Hedley, whose RMT union was expelled from the Labour Party in 2004 for backing the Scottish Socialist Party, said, "We need candidates who support the ordinary man and woman.

"TUSC is the only organisation that opposes all cuts, defends pensions and benefits for all working people.

"Labour just wants a compliant, silent union movement to hand over its money. TUSC will be a voice for all workers and will support trade unions in struggle."

TUSC national committee member Nick Wrack, who is also a candidate, said, "London is a city of stark contrasts.

"There is a huge amount of poverty amidst the plenty. Corporate bosses and bankers still get their million pound pay and pension packages while one in six London workers is paid less than the Mayor's £8.30 per hour living wage.

"Millions are suffering from the cuts to services and benefits yet last year the city paid out over £4 billion in bonuses.

"It's extremely hard even for those on better wages to make ends meet. We believe that there is an opportunity for a party that will speak up for working-class London to make a real break-through and that would begin to change the nature of political debate in Britain today."

TUSC believes it can get a candidate elected if it wins at least 150,000 votes across London.

Candidates selected for the TUSC GLA list so far include (in alphabetical order):

There will also be candidates from the CWU postal union and the PCS public service workers union.

(All standing in a personal capacity)

The final list is not yet decided. Other candidates are still being considered.

The RMT has over 12,000 members in London Underground alone.

This version of this article was first posted on the Socialist Party website on 30 January 2012 and may vary slightly from the version subsequently printed in The Socialist.