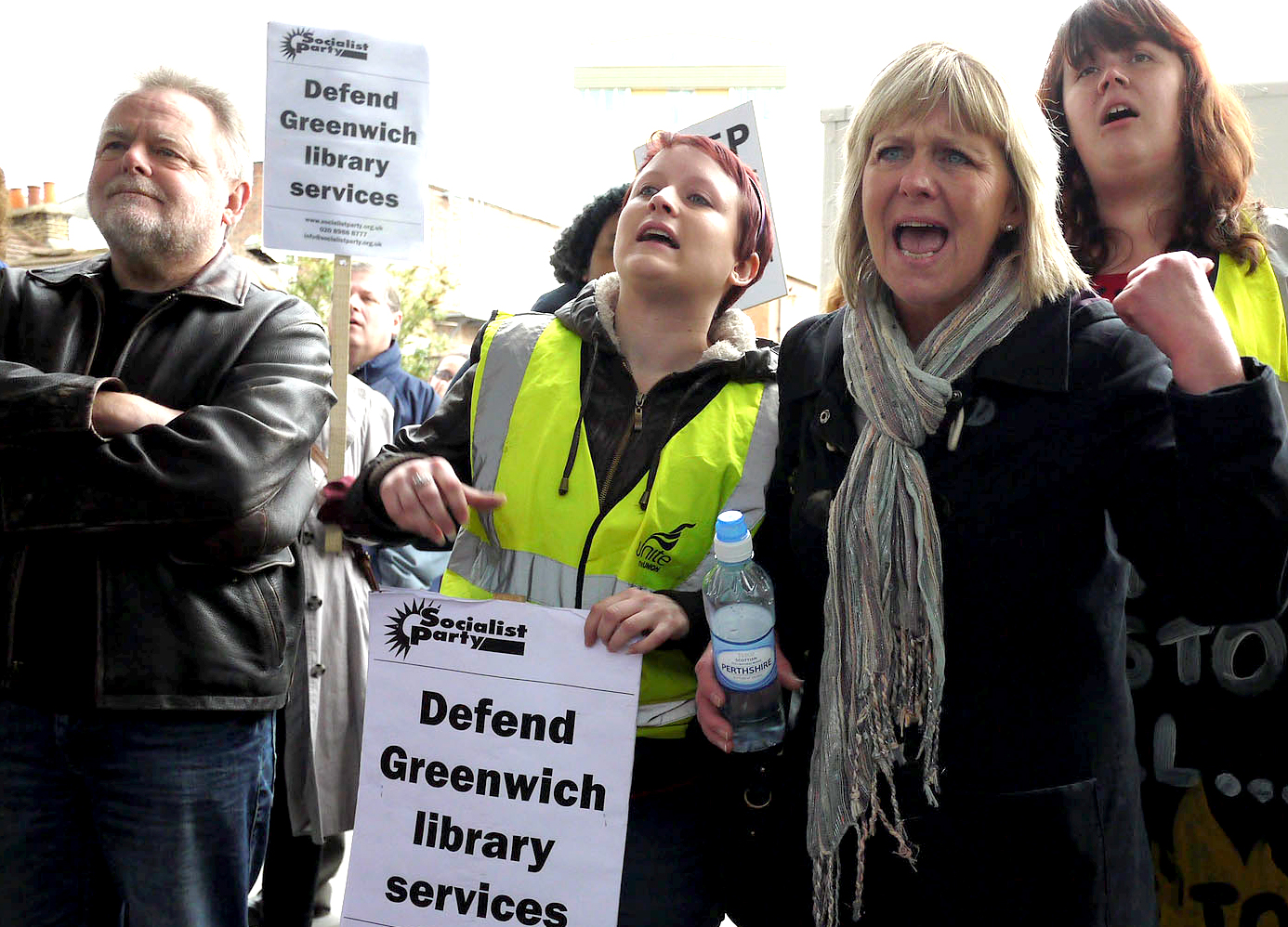 Lessons in the fight against privatisation of public services 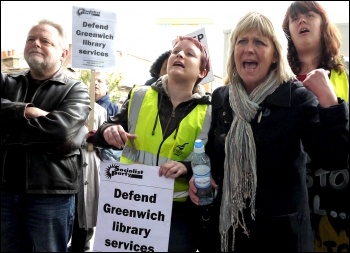 Two days of strike action, with the promise of more to come was enough to persuade Greenwich Leisure Limited (GLL) to begin serious negotiations with the Unite union and to offer the necessary assurances on pay and conditions that staff had been looking for.

This was the culmination of a campaign that began a year ago, initially in opposition to the transfer of the library service from Greenwich council to GLL.

The council even set out a timetable, offering a two-year protection deal, after which staff could expect pay cuts.

But GLL were not looking forward to an industrial dispute and agreed to meet with Unite. The union now has an assurance that ‘downward harmonisation’ will not take place. This is a marvellous achievement, especially in the current economic climate.

As the government’s austerity measures bite, local authorities will increasingly ignore the views of local communities. Unite made a persistent call for full public consultation on the transfer and called for the question to be put to residents and library users.

Initially, the council arranged a series of public consultation meetings and agreed to do an online survey. But as the opposition grew, it withdrew the online survey and cancelled five public meetings!

Eventually when the public meetings did take place, GLL did not turn up but instead paid a consultant to face the public. At every meeting there was huge, angry opposition to the transfer proposal.

Rather than rely on online surveys, Unite took to the streets. Each Saturday saw stalls set up on high streets and outside libraries where library stewards and Socialist Party members spoke with the public.

Eventually 1,800 Unite postcards were completed and returned, every single one opposing the proposals. These were presented to the council at one of the many lobbies that took place, only for the council to refuse to accept them.

The council and GLL have tried to claim that this is not privatisation because GLL is a ‘non-profit making social enterprise’, a cooperative. They even claim to be worker-led. Yet this worker-led company pays its director £155,000 while it refuses to pay staff the London living wage of £8.30 an hour! Of its 5,000 workers, only 1,400 are on permanent contracts.

Councils across the country have been handing libraries to these so-called charities and social enterprises. In Bexley, south London, one “charity” now charges for access to its full range of books. Recently, in nearby Lewisham, the power supply was cut off at Sydenham library after the organisation that now runs it refused to pay the bill.

Along with hundreds of other libraries around the country, these transfers are destroying the library service. A national, union-led campaign is desperately needed to save our libraries.

There was obvious disappointment that the local campaign was not able to stop the service being transferred and there are lessons to be learnt.

The most important point is that, in the absence of a national fight, library workers were not really confident about strike action until all other options had been exhausted and the council made the announcement.

Nonetheless, the Unite branch won concessions by combining a mass public campaign that won local support, along with an industrial campaign. But if privatisation of our public services is to be stopped, the many local campaigns need to be linked up to a national campaign against privatisation.

The victory won by the workers in Greenwich takes them beyond the normal TUPE (Transfer of Undertakings – Protection of Employment regulations).

TUPE legislation gives workers protection at the point of transfer. While wording in the legislation exists stating that pay and conditions cannot be cut after the transfer if the reason for the cut is linked to the transfer, the reality is that employers simply find another reason under ‘ETO’ (economic, technical, organisational) reasons.

So as long as they can show that the cut is not linked to the transfer, they get away with it.

New Labour supporting Unison officials have tried to play down the victory by saying that the concessions won by the strike were always there. This is nonsense.

Messages of support poured in for the campaign, with one notable exception. Greenwich Unison.

The library workers were previously Unison members but left in disgust following the witch-hunt carried out by the union against Socialist Party member Onay Kasab who had previously led the branch. Had these workers stayed in Greenwich Unison, there would have been no campaign.

In Unite, they were given the opportunity to fight and won a victory. Greenwich Unison is still run by unelected full time officials who prioritise stamping out any opportunity to fight back. Nonetheless, Unite did invite the branch to join the campaign but without success.

Employers have a habit of breaking agreements. But in this case, a loud message has been sent. Attack our pay and conditions and we will strike.

Now, the task will be to begin organising non-library staff at GLL and building the union so that all GLL workers can fight back. If GLL want the library service, they will get the union organisation that comes with it.