Link to this page: https://www.socialistparty.org.uk/articles/16141 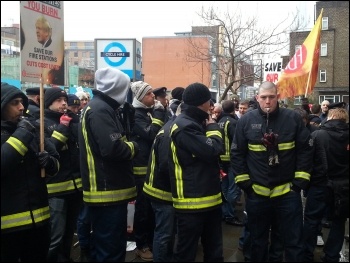 The mayor, Boris Johnson, wants to close 12 fire stations, remove 18 engines and slash 520 firefighter posts in an effort to save £45 million.

The London Fire and Emergency Planning Authority (LFEPA) meeting was called after the mayor took the unprecedented step of overturning a decision by the authority, taken at its meeting on 21 January, to reject the cuts on the grounds of public safety.

In a "mayoral direction", Johnson had instructed the commissioner to ignore the vote of the authority and press ahead with consultation over the cuts.

However, in a report that was circulated at Monday's meeting, the commissioner admitted that he does not have the power to act on the mayoral direction without explicit approval from authority members. 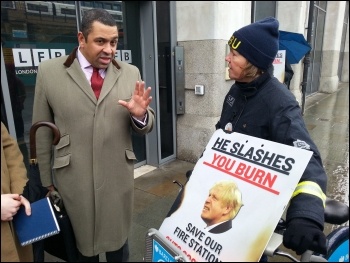 Prior to the lobby, the FBU's regional secretary for London, Paul Embery, said: "We urge LFEPA members to hold their nerve.

"They were right to reject the cuts at their previous meeting, and we think they should do so again.

"We do not believe they are under any legal obligation to comply with the mayor's authoritarian demand.

"But there is certainly a moral duty on them not to support proposals that would jeopardise public safety.

"According to the commissioner's own predictions, around 4.7 million Londoners across twenty boroughs would wait longer for a fire engine if the cuts went ahead.

"That is simply unacceptable, and we hope fire authority members will stick to their guns." 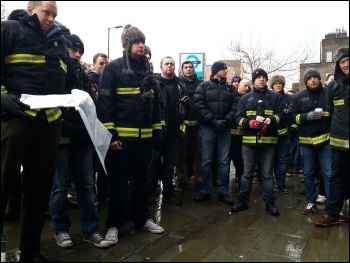 The authority did once again reject the cuts on 11th February, but the battle still isn't over, as Boris Johnson is continuing with his insistence that they will be made. 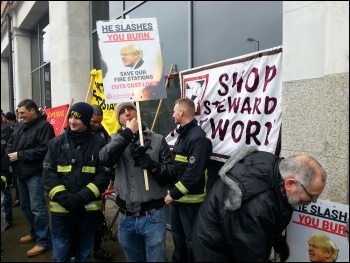