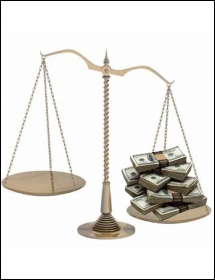 Paul Heron, executive committee member of the Haldane Society of Socialist Lawyers, shows the horrendous impact attacks on legal aid can have on some of the most vulnerable people, including children.

The new proposals will seriously undermine access to justice. Opportunities, through judicial review, to hold the government to account will be severely curbed.

The Con-Dem government has published proposals on reforming both criminal and civil legal aid. The consultation stage has now closed.

Changes through secondary legislation can, if successful, be passed through parliament quickly.

Key proposals include restricting legal aid so it no longer covers advice on areas of prison law. This would severely affect serving prisoners' ability to obtain advice and assistance, for instance, about prison conditions.

This is certainly something that the POA prison officers' union should take issue with.

Secondly, proposals include regulations to stop people having legal aid if they are not 'lawfully resident in the UK', which means physically being here, being lawfully here, and having had leave to be here for at least 12 months.

This will stop parents and migrant children not lawfully resident in the UK for 12 months seeking assistance under the Children's Act for temporary accommodation. It will also stop children trafficked to the UK getting legal aid.

Cases highlighting torture and murder by the British state in Iraq would also not be brought. If these rules come through, stories in recent weeks of secret prisons in Afghanistan are unlikely to be brought without legal aid. How do we then expose these abuses?

Thirdly, there will be difficulties bringing judicial review actions against local councils or national government when they break the law.

Law firms will only be paid for their work if the court grants permission for such action.

Often cases are settled before they get to court, usually where the council backs down, but work will not be paid for if this happens.

Permission is a stage in judicial review proceedings when the court decides if a claim still raises a current issue between the parties.

A rule which will prevent lawyers bringing test cases, which may be important and affect a lot of people, but in which the prospects are, by definition, uncertain, would not be restricted by the court.

But with the prospects of lawyers not being paid for the work, their use will be limited.

Finally, price-competitive tendering will be introduced in criminal law. Big corporations such as Tesco and G4S have already shown an interest in taking the contracts.

It has been pointed out that if G4S get a contract to deliver criminal defence, they can represent a person in court, then take the defendant to prison in a van after it! They might even be paid to run the prison too!

Think back to historic miscarriages of justice that were overturned, assisted by committed lawyers. Without them we would not know the truth about the Guildford Four, the Birmingham Six or the Cardiff Three.

This government doesn't want this kind of analysis challenging their system and these changes will drive many committed lawyers out of business.

These attacks on legal aid go to the heart of the justice system. Now, the targets are immigrants, prisoners and criminal lawyers - perfect stooges for the Daily Mail and the Tory right.

But if these attacks aren't defeated another wave of legal aid cuts could leave the fourth pillar of the welfare state a shadow of what it was.