Link to this page: https://www.socialistparty.org.uk/articles/17900 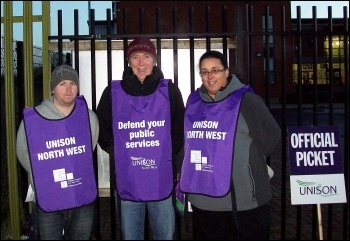 Unison members in Knowsley Community College, Liverpool, took strike action on 17 December in support of sacked senior steward Barry Dunne. Barry has been made redundant following a decision by the college management to fill a vacant post that they had previously agreed to fill as a redeployment move for Barry.

The strike was an overwhelming success. All three sites were picketed by enthusiastic pickets, and senior management were scuttling around inside the college trying to cover for striking workers. 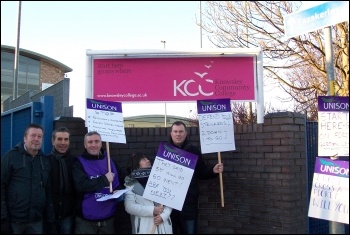 Disgracefully the college attempted to set the police on pickets at the main Roby Site, although the constable who attended was not informed that the reported "disturbance" was a picket, and was satisfied that the picket was being conducted in an orderly manner within the law.

Consideration is being given to further action when the college reopens after Christmas, depending on the response of the management. 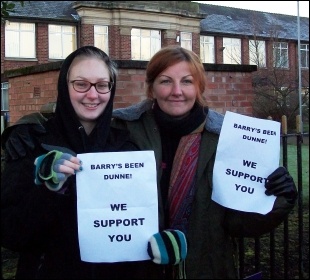