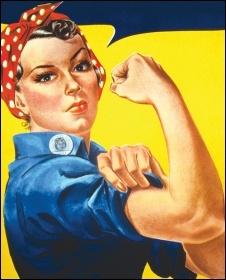 Pay us a living wage now!   (Click to enlarge)

The Low Pay Commission has just recommended a 3% increase in the minimum wage from 1 October. This is a pathetic 19p an hour or a loaf of bread more on an eight-hour shift or a pack of nappies more for a 40-hour week.

This is an insult to the families who over the last five years have seen the cost of the weekly food bill rocket by 24%, energy costs by 39%, public transport by 30% and social housing rents by 26% on average.

With payday loans and food banks now a way of life for families up and down the country the gap between the end of the wages and the end of the month is now weeks rather than days.

Parents are skipping meals to make food go round. Rising numbers of children are going to school without breakfast.

This not only causes suffering now but malnourishment is storing up health problems for the future.

This pitiful increase, the first above inflation rise since the start of the financial crisis in 2008, is an insult to these families and the army of working poor without full-time opportunities, permanent contracts or decent terms and conditions.

Meanwhile those of us working in local government on poverty wages as catering staff, cleaners, teaching assistants and librarians see our unions stalling on pushing our pay claim.

Our union leadership have the laughable hope that this rise in the minimum wage will take the pressure off our stretched budgets and spiralling costs of living.

We need to ballot now for strike action to win our pay claim - and we should strike with the teachers on 26 March.

We all know only too well that neither this government nor, it is patently clear, the next, will give anything away to us without a fight.

The TUC, rather than just welcoming this increase, should be mobilising the unions for a coordinated fight, including general strike action, against poverty and cuts.

We need to be able to fight for decent living standards for ourselves and our families. We should declare war on this millionaire government and build a new mass party for the millions.

We are appealing to all our members and supporters to donate to the Socialist Party's Congress 2014 fighting fund appeal.

Hundreds of Socialist Party members will be coming together from every corner of England and Wales to discuss the latest political developments in Britain and worldwide.

We need the resources to meet all the challenges ahead and to maintain our ability to offer people an anti-austerity alternative.

Can you help? Can you make a donation of £5, £10, £50 or £100 or more? Every donation makes a difference and we can promise that every penny will go towards building support for socialist ideas.