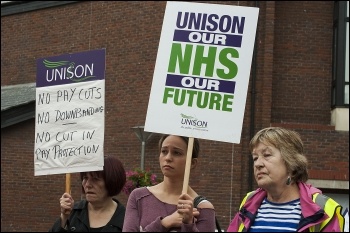 People have rightly been horrified and outraged at the recent tragic death of a premature baby in St Thomas's hospital in London. The baby's death is believed to have been caused by septicaemia contracted via contaminated liquid intravenous feed. It is also reported that another 21 babies are being treated after contracting the same infection.

Claire Job, a nurse in Wales, explains the situation.

The type of feed used in this case is called Total Parental Nutrition (TPN) and it can be tailored to the specific nutritional needs of the patient who is unable to eat food in the normal way. In this specific case the feeds were manufactured to feed premature babies as yet unable to sustain themselves from breast milk alone.

TPN must be completely sterile before administration to the patient. In order for this to be achieved they are made in a special air filtered environment. Many hospitals throughout the UK have their own manufacturing units and products such as TPN and chemotherapy are made by NHS staff working for the hospital pharmacy manufacturing departments.

The feeds linked to the sad death of this baby and the ill-health of many more were produced by a private company called ITH Pharma which has been commissioned to manufacture these products for several NHS trusts. Is this another example of private sector commissioning in the NHS putting lives at risk?

The NHS in England is being dismantled by the Con-Dems with 70% of all NHS contracts being won by private sector bidders. This barrage of privatisation actually drains money from the NHS and frontline services. ITH Pharma is a company on the rise and it is reported by the Sunday Times to have made £12.1 million worth of sales in 2011-12 from NHS services.

The Con-Dems are so blatant in their ideological approach to privatisation in the NHS they have even been considering exempting private suppliers to the NHS from paying tax, to put them on an 'equal footing' and help them be more competitive.

ITH Pharma has not shared the specific details of how a contaminant found its way into the feeds of those babies, but we do know that the 'profit motive' very often leads to compromising safety and health.

Competition in the private sector is driven by keeping costs down; this is achieved through low pay, poor conditions for staff and a huge temptation to cut corners.

Privatisation does not deliver improved healthcare or an improved patient experience as promised by the Con-Dems.

It delivers medicines that are extortionately expensive, it delivers products that are less robustly regulated and it means extra expense for the NHS... but have no doubt, it delivers large profits to the bosses.

We do not want health to be a market place for cut-throat capitalists seeking to profit from ill-health. The lives of our family, friends and those most vulnerable in society need to be protected.

The best protection we can offer is to fight to fully nationalise the NHS and all its suppliers - products, medicines and equipment. Health services should be planned based on the needs of everyone.

But Cameron and Clegg are more interested in protecting private companies' interests than in providing decent healthcare for the majority. And Labour is no different - privatisation in the NHS ballooned in the 13 years of Labour rule.

Health trade unions must fight against the dismantling and privatisation of the NHS, including with strike action and linking up with other unions.

Such a campaign would receive the support of millions across the UK and have the potential to remove the weak Con-Dems from government.