From The Socialist newspaper, 29 October 2014

Come to the Rally for Socialism 2014 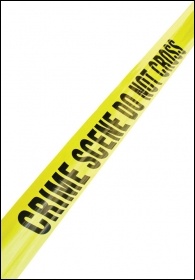 How else can you describe a situation where workers toil - but still struggle to pay the bills, put food on the table, and clothe themselves and their children adequately? The latest figures show five million workers are on poverty wages.

We know who the crooks are. Big business fat cat bosses: the super-rich 1% who keep the luxury goods market booming and hold millions of workers in poverty.

Expenses scandal politicians around the world roll out the red carpet for these capitalist thieves. Care UK workers are striking to stop the theft of 35% of their wages. The boss of the private equity firm Bridgepoint Capital that owns Care UK was recently made a peer.

No wonder in the US a poll found that the millionaire politicians, vital accessories to the low pay crime, are less popular than head lice. Here, Tories, Labour, Lib Dems and Ukip tell us that they're helpless to take effective action - like implementing the Socialist Party demand for a £10 an hour minimum wage now. That could start to allow workers some dignity in their lives.

So it is refreshing that Russell Brand has spoken out. But we also need ideas and organisations to change the world.

When Kshama Sawant was elected as a socialist councillor in Seattle last November, many of her 93,000 votes were in support of the demand for a $15 an hour minimum wage - linked to socialist change. Once elected, she and her party - Socialist Alternative, co-thinkers of the Socialist Party - worked tirelessly to build a powerful and ultimately successful fight for $15.

In Seattle, a city the size of Glasgow, 100,000 workers will be lifted out of poverty. For a change, the 1% pay - $3 billion will be transferred from the bosses to the lowest paid. Pro-capitalist politicians may bemoan falling wages, rising inequality, stagnating economies - but they have no solution. Socialists do!

Kshama will be a keynote speaker at the Saturday rally of Socialism 2014 (see below). Like the rest of the weekend, it will provide bucket-loads of ideas and inspiration for the much needed fightback - or your money back!

Kshama Sawant won't be the only impressive speaker on the platform at the Socialism 2014 rally on Saturday 8 November.