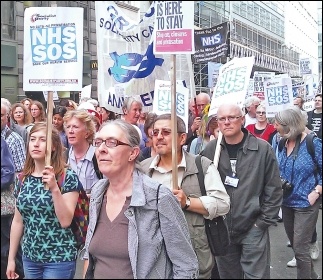 In response to the rising deficit of North, East and West (New) Devon NHS, smokers and obese individuals will be denied surgery unless they quit smoking, or lose 5% of their body weight. There's also talk of this policy being rolled out nationally.

Of course healthier lifestyles should be encouraged, but so-called health managers should not implement such presumptuous policies which undermine the principles of the NHS: to provide free (at the point of use), non-discriminatory healthcare.

Not only does this policy assume that all obese people could lose weight if they wanted to (they can't), but that denial of surgery will somehow decrease costs. But if the surgery is just deferred to a later date, the patient's condition - and treatment cost - may get worse.

And what about the responsibilities of cigarette and food companies? Their profits won't be hit by this policy.

New Devon NHS's £14.5 million deficit speaks of a much wider problem in NHS funding caused by cuts - to pay for the banking crisis of 2008 - and even before that Private Finance Initiative schemes implemented under Labour and the Tories.

Limiting NHS access will not address this, and may open the floodgates to other restrictions and the introduction of additional up-front charges.

Plenty of people enjoy activities with risks associated with them, from climbing and cycling, to drinking and dancing. Should the NHS limit access to surgery for anyone with a lifestyle perceived to increase risk? Of course not - we should have a universal healthcare system.

Yet the NHS is currently being privatised, with services tendered out. Who gets certain NHS treatments could be decided by board members and shareholders with no public accountability.

To care for everyone effectively, particularly with the average age of the population continuing to increase, we need a socialist National Health Service, owned and operated collectively and democratically. 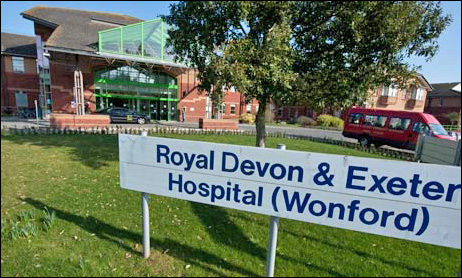