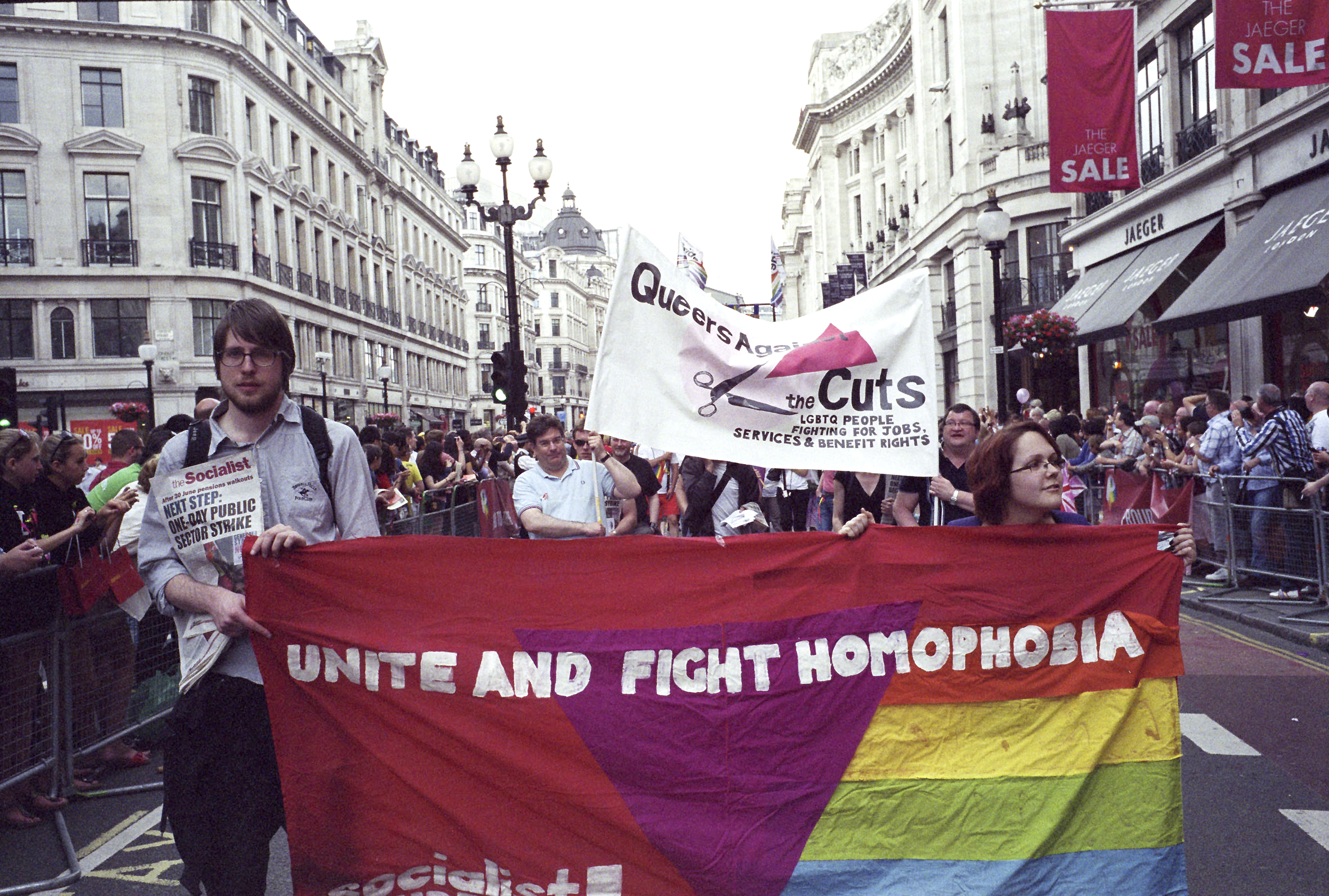 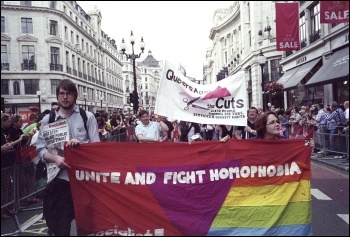 How different this year’s Pride, on 27 June was to 30 years ago. Then, led by trade unions and Lesbians and Gays Support the Miners (LGSM), Pride was an explicitly political demonstration against the attacks that Thatcher was imposing on the working class and the gay community.

Over the last decade London Pride has shunned the political roots of the Lesbian, Gay, Bisexual and Trans (LGBT) movement. Even though every year London Pride takes place on the anniversary of the Stonewall riots – when police in New York attacked an LGBT bar, dragging people into the street and smashing up the venue. The events sparked anger and a movement to fight back against discrimination.

Today’s Pride, sponsored by Barclays, Boris Johnson, Asda etc. focuses on the commercial and personal, not the political. But big business backers weren’t the only controversy at this year’s Pride; LGSM had been offered the chance to lead the parade but declined as the organisers wouldn’t allow the trade unions to march with them at the front. Next, the organisers gave permission to Ukip to march, but quickly withdrew the offer after a backlash.

And while legally, anti-discrimination laws are in place and same-sex marriage has been won, they don’t abolish homophobia. A political battle is still needed to fight against prejudice and austerity. One in four young homeless people are LGBT. This isn’t a coincidence but proof that the continued homophobia in society, coupled with attacks on council housing, housing benefit and young people’s access to welfare have hit young LGBT people hard.

To celebrate the Supreme Court ruling in America which overturned anti-gay marriage legislation, companies made their logos resemble rainbows. But what has big business ever done to fight homophobia? In workplaces it is trade unions that have fought against discrimination. In Ireland, for example, it was campaigners and socialists who organised for equal marriage. Angry at the big business backing on Saturday we chanted: “When pride is commercialised, we fight back and organise.”

Our petition to kick big business out of Pride was very popular. Socialist and LGBT campaigners will continue to organise for a movement to fight for real equality, safe housing and against austerity.