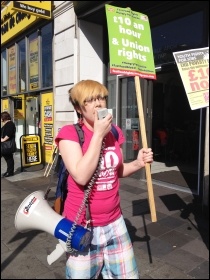 McDonalds, Corner of Union and Argyle Street at 5pm

Outside Town Hall at 4:30pm

The Clock Tower outside Potteries Shopping Centre at 4pm

The Man on the Horse Statue, Queen Square at 12:30pm