Link to this page: https://www.socialistparty.org.uk/articles/21061

London tube workers in all four of their unions are on strike (on 9th July) in a massive show of strength, as are RMT members on First Great Western. 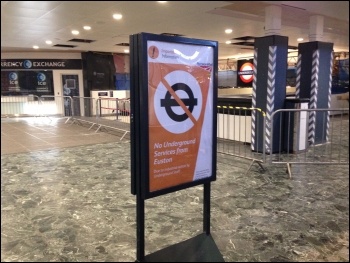 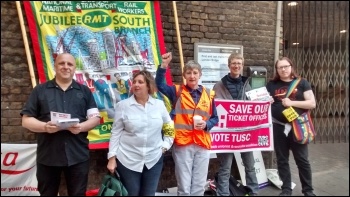 "I've never seen a strike like it. Management aren't even trying to open most stations", said one picket at London Bridge. The station was all locked up, with a sign saying closed till 5.20am on Friday 10 July. It was unnaturally quiet for rush hour, but then most people couldn't get there as the tube network was entirely shut down. 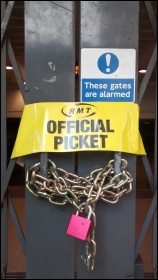 Loads of drivers beeped their support, and commuters gave pickets the thumbs up or a few words of support. Strikers pointed out that until you go on a picket line you don't realise how much public support there is for the strike.

The Red Line bulletin from Socialist Party members in the RMT went down well. Pickets were especially keen on the part arguing for joint action with the bus drivers, currently in dispute with the bus companies and who organised London-wide strikes earlier this year.

Several of the pickets are regular supporters of the Trade Unionist and Socialist Coalition (TUSC) and were pleased to have solidarity from TUSC.

The enormous strength of all four tube unions striking together is bound to shake London Underground, and if the dispute continues for many more strike days management will come under enormous pressure to settle it somehow because of the disruption to business in London.

However pickets were clearly prepared for a long battle, particularly as this dispute has been provoked by management's politically driven disregard for any safety or practical issues about the changes it proposes, backed by the Tory government and London mayor, drunk on power and their hatred of workers who fight for their rights.

Their ill thought through plans would be a disaster for staff and the public if not for the unions' strength and will to fight. 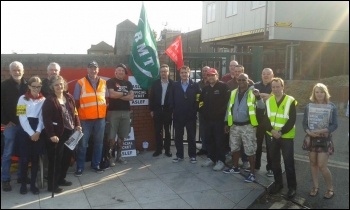 A cleaner outside Stockwell station explained one of his gripes with management's proposals:

"You used to get paid an extra £25 for cleaning up vomit, because it's a specialist job. They're getting rid of that. I used to work valeting the buses. When they came in after a Saturday night you had to wash them out with a power hose, it was that bad. It'll be like that on the tubes now. The platforms will be black." 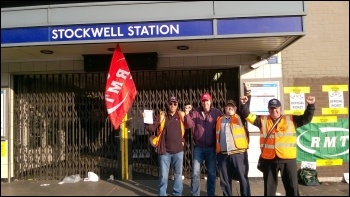 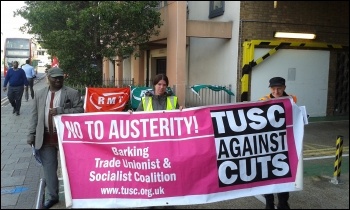 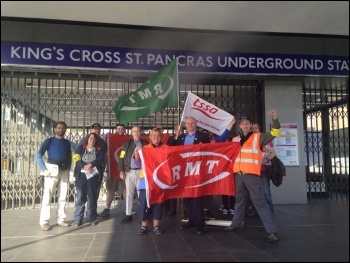 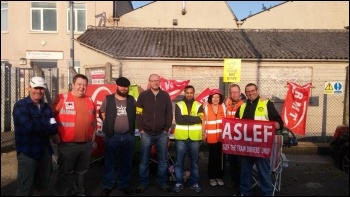