From The Socialist newspaper, 2 September 2015 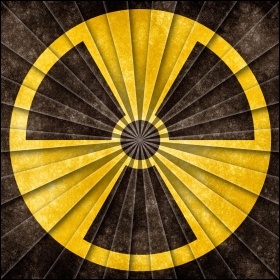 In what was obviously intended as a positive story on the nuclear industry, respected physicist Jim Al-Khalili took a camera crew into the nuclear complex at Sellafield in Cumbria. Even though he supports nuclear power, what he showed was scary to say the least, while what he omitted was even worse.

Sellafield, originally called Windscale, was set up in 1947 to produce plutonium to build the UK's very own nuclear deterrent. Nuclear reactors for 'peaceful' electricity generation only arrived in 1956. However, by 1957 a massive fire in one Windscale reactor spewed radioactive material over the surrounding countryside. The fire was mentioned, but not that this reactor still contains 15 tons of highly radioactive material.

We were shown 'storage ponds', open ponds of water containing nuclear waste and radioactive sludge. In 50 years at least 21 serious incidents have involved leakage of radioactive material. But even with perfect containment, radioactive waste remains highly dangerous for tens of thousands of years.

One issue hardly got a mention - in the 1980s the government had the bright idea of reprocessing spent fuel from nuclear reactors around the world into usable reactor fuel. The Thermal Oxide Reprocessing Plant (THORP) facility finally came into operation in 1997 at a cost of £1.8 billion. Other countries were happy to send us their old fuel rods, but not to take back the processed fuel - Sellafield became the world's nuclear dustbin.

Reprocessed material is rendered into thousands of 'stable' glass disks, but these continue to generate heat and must be cooled. A safe long-term solution is yet to be found.

What emerged from Al-Khalili's account is that Sellafield is a long-running disaster, costing over £12.6 billion a year (not mentioned). In addition, the various schemes to 'clean up' the site are projected to cost around £80 billion. Conclusion? Nuclear power as a source of energy is an expensive, dangerous dead end.

Students attacked from all sides

Rail and PCS strikers rally together

Indesit strikers determined to press on for acceptable deal