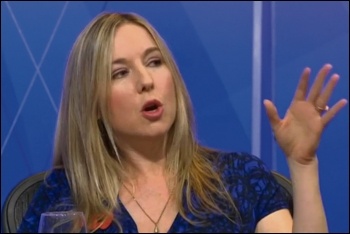 "We need a proper revolution!"

Wealthy broadcaster and presenter Victoria Coren Mitchell got a rapturous reception from the audience of Question Time on 5 November - saying: "We need a proper revolution!" She reflected working class anger over housing - while Labour and Tory representatives squabbled over who was at fault.

Coren Mitchell also said: "The idea that any young person, unless they are the child of a Russian oligarch, can live in London any more is preposterous. I think what has to happen is all of the young people, all of the workforce, just have to leave London. Work somewhere else.

"The government has to find something to offer people outside of London, to regenerate other parts of the country, and they'll leave. All of these super-wealthy people with their iceberg houses with no nurses, no policemen, no firemen and no-one to clean the house, no-one to deliver the mail to houses."

Coren Mitchell highlights the power of ordinary people and their indispensable role in society. But the low-paid and poor shouldn't be forced to give up and leave cities. A coordinated fightback against this vicious system is what's needed. 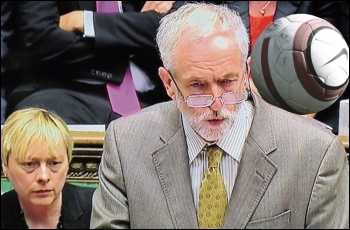 Labour leader Jeremy Corbyn joined protests for a living wage for staff at Arsenal football club on 8 November. The left winger is swimming against the Blairite mainstream in Labour's parliamentary group. But he looked right at home supporting low-paid workers ahead of the team's 1-1 draw with Tottenham Hotspur.