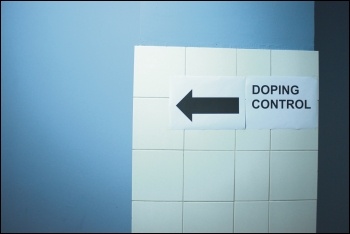 In a dramatic move, the International Association of Athletics Federations (IAAF - the world's governing sports body) has provisionally suspended the Russian athletics federation. This follows a damning report by the World Anti-Doping Agency (Wada) accusing the Russians of "state-sponsored doping".

The report claims to have evidence of "direct intimidation and interference by the Russian state with the Moscow laboratory operations". The Russian anti-doping federation "gave athletes advance notice of tests, hid missed tests, bullied doping control officers and their families and took bribes".

As Daley Thompson, the former Olympic gold medallist, remarked: "This to my mind is a ten or eleven on the Lance Armstrong scale [the disgraced cyclist]. This is much worse than what [ex-Fifa president] Sepp Blatter has been doing."

But the IAAF, headed since August by former Tory MP Lord Coe, hardly emerges smelling of roses. The report described it as being "inexplicably lax in following up suspicious blood profiles". The Wada report also claims to have evidence of multiple rule breaches by IAAF officials.

Coe has remained tight-lipped about these claims. He is tied to big business and its domination of world sports. The peer made millions via his consultancy company at the 2012 London Olympics, and had been receiving six-figure sponsorship from sports giant Nike.

With billions of dollars involved in sponsorship and advertising, officials taking kickbacks - and a hunger to succeed at all costs by athletes - go hand in hand. The International Olympic Committee has a history of officials mired in corruption, as has its football counterpart Fifa, and cycling body UCI.

But while officials and top athletes cream in the cash, lesser-known athletes financially struggle. And working class supporters are fleeced by expensive tickets and pay-to-view TV subscriptions.

Investment in grassroots sports - in Britain, a promised legacy of the 2012 Olympics - has suffered from government austerity cuts. Fewer young people are involved than before. Meanwhile, school sports grounds are sold off by cash-strapped local authorities.

The problem of corruption at the heart of world sport is capitalism, and the prestige and profit sport confers. Reclaiming the games for the public good is long overdue.