From The Socialist newspaper, 25 November 2015 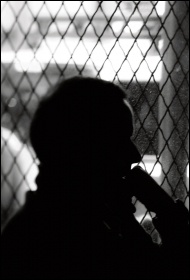 The Metropolitan Police have finally apologised to seven women who undercover officers had intimate relationships with under false pretences.

This is a massive victory. Up until now, police have said they can neither confirm nor deny that relationships actually took place. They have now owned up, apologised and offered an out-of-court settlement.

Environmental activists, trade unionists, socialists and others have been victims. The Campaign Opposing Police Surveillance brings all these people together. It has led the fight for a full public investigation.

This is our second major victory. Earlier this year, we pressured Tory Home Secretary Theresa May into making the Home Office a core participant in a promised inquiry.

But while the apology is hugely welcome, it does not go far enough.

The Met has said that individual officers, members of the now-rebranded Special Demonstrations Squad, overstepped their remit. The unit liaised with MI5 and was part of political police agency Special Branch, now merged into 'Counter Terrorism Command'.

It was not just a few 'bad apples'. All officers had the same cover story and initiated relationships in the same way. They extricated themselves in the same way: by feigning a mental breakdown.

There was a pattern. They were obviously trained.

At least one of these relationships lasted as long as nine years. One officer had two children with a woman - who only found out 24 years later the father was an undercover spy. And there are still women with outstanding legal claims.

We demand the public inquiry make all documents surrounding these cases open.

It is inconceivable that home secretaries such as Labour's Jack Straw had no part in spying on groups such as Youth Against Racism in Europe, active during his tenure in the 1990s.

We call for democratic accountability of communities over policing. The Campaign Opposing Police Surveillance is also asking trade unions, campaign groups, student unions and others to affiliate and join the fight against political policing.

To affiliate, and for details on upcoming protests and lobbies, see http://campaignopposingpolicesurveillance.com

Tory MP made me sick with tax credit cut lies