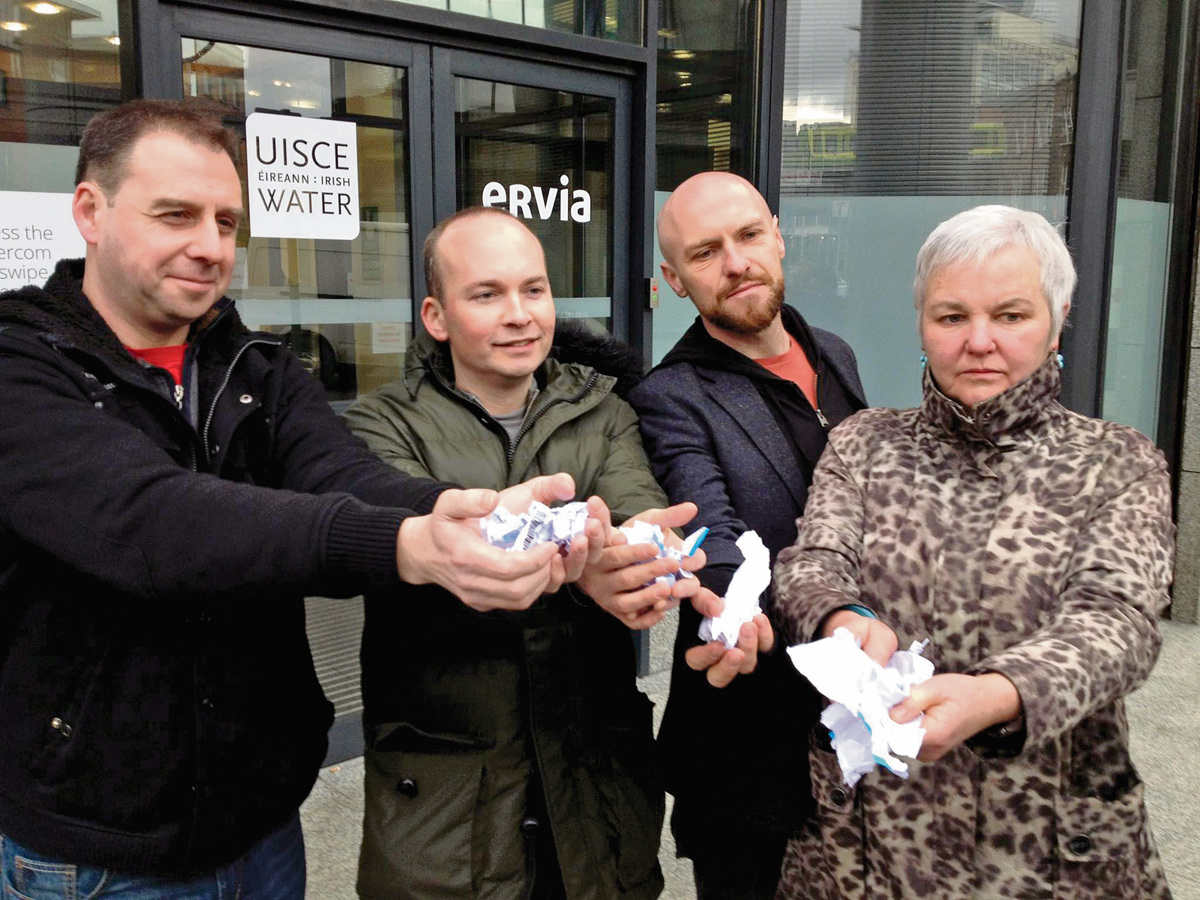 Enda Kenny, Fine Gael’s acting Taoiseach (prime minister), has been forced into a humiliating climbdown over the imposition of unfair water charges. The suspension of the hated levy is a victory for anti-water charge campaigners, particularly the Socialist Party (CWI Ireland) and its strategy of building a mass non-payment campaign. 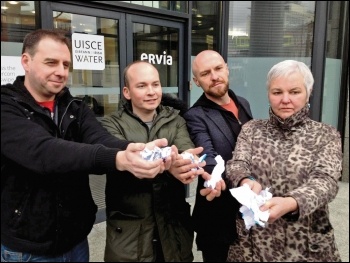 Well, we refused to be scared. We stuck together, we built confidence to triumph over the propaganda and fear and a majority didn’t pay. The result is now seen in the outlines of a proposal to suspend water charges for a period of months. It is seen in the sore loser speech of Kelly in the Dail (parliament).

We know that they are going to do everything possible to maintain Irish Water and put water charges on a life support machine. The commission’s job will be to find a way to save the project of the commodification of water. So our work is far from done.

But as well as organising for total victory, it is also worth taking stock of the likely suspension of water charges that we have forced.

This climbdown is not the result of Fianna Fail (the other major capitalist party – who agreed to water charges in the first place), it is a result of our mass movement. Above all it is a vindication of the thousands of people across the country who actively campaigned for and built non-payment.

The lesson is so clear that it is terrifying for the establishment. Whatever majority they cobble together in the Dail can be defeated by a majority outside the Dail if we have the strategy and tactics to win, and we’re not afraid to engage in mass civil disobedience.

Paul is still facing ludicrous criminal charges of ‘false imprisonment’ over the Jobstown anti-water charge sit-down protest of 18 months ago. He was on a peaceful demonstration that temporarily blocked the car of Labour’s Tánaiste (deputy prime minister) Joan Burton. Paul, along with 18 protesters in a politically motivated vendetta by the establishment, was subsequently charged.