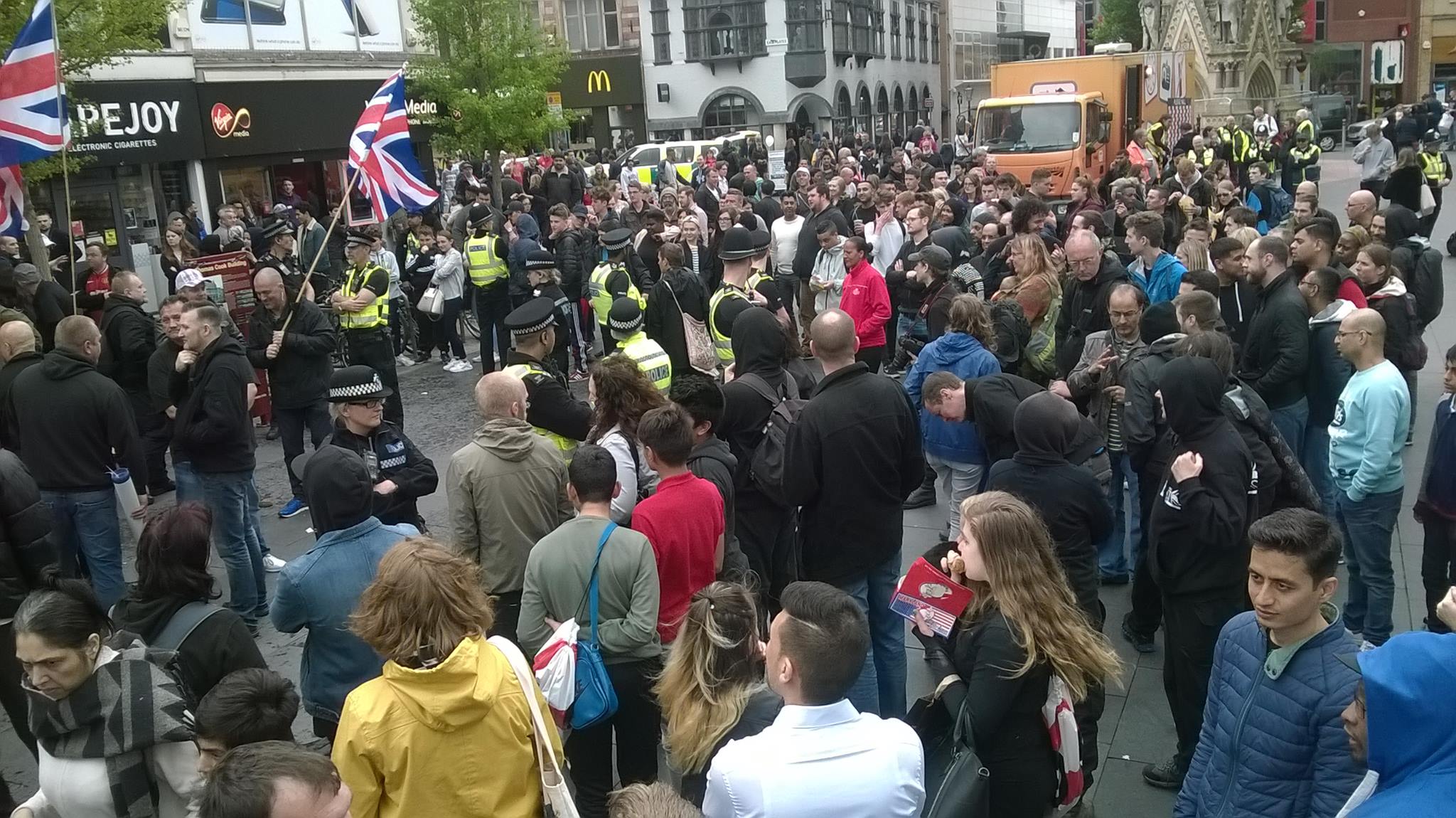 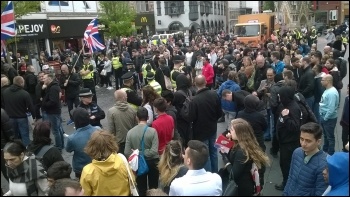 Like much of the East Midlands, Leicester is well known for its multi-ethnic communities. Narborough Road, for instance, has recently been named as one of the most multicultural streets in the country.

It is perhaps for this reason above all that the vile far-right organisation Britain First thought that their ideas might resonate here.

But what they did not reckon with was Leicester’s proud history of fighting racism and xenophobia in all its forms.

Having arrived unannounced in Leicester sometime around midday, Britain First, protected by a police cordon, were forced to abandon their stall and leave Leicester by mid-afternoon.

Socialist Party members who had been doing our regular campaign stall became aware of the Britain First presence. We felt it was important to mobilise numbers to protest. This included shoppers and people from a march taking place in the city centre against badger culls.

We played an important role in getting passers-by to stop.

One Socialist Party member addressed the crowd on a megaphone: “Britain First are a racist organisation who are here today to fuel hatred against Muslims. In the past Leicester has seen off the National Front, the BNP, and the EDL by organising on the streets, so join the demonstration to make it clear that they are not welcome in our city.”

Leicester has received a lot of media attention in recent weeks, chiefly because of its unexpected (but much deserved) success in the Premier League. But today, the people of Leicester showed their mettle once again in fighting racism.

What was intended to be an event to stoke up racism and division, in fact ended up bringing the people of Leicester closer together against the common enemy of racism.