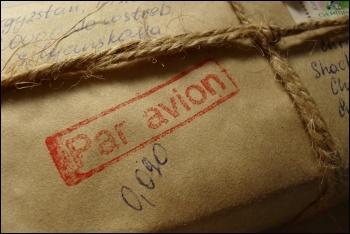 Trying to get a parcel delivered has reminded me why we need a socialist planned economy.

Firstly, a second parcel is going to be delivered by a different delivery company at the same time to the same address, showing how wasteful capitalist competition is. But I can also track the driver's delivery route - which shows them five streets away from the delivery address, driving in the opposite direction, because they have to make another 60 deliveries before mine, causing extra pollution for no reason. It really shows how wasteful capitalism can be.