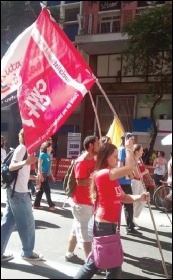 Brazilian politicians are considering a constitutional amendment to lock in austerity for two decades.

But even if his amendment passes, that is not the end of the story. Angry Brazilian workers have struck over a number of issues recently. Militant, coordinated strikes can push policies and even whole governments aside.