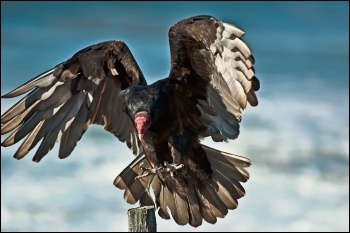 Dozens of GP surgeries in England have had thousands of medical records appear late or not at all thanks to outsourcing giant Capita.

This is just the most recent evidence of the destructive effects of privatisation and austerity. Capita has had the contract to deliver medical records for less than a year. This kind of mistake would not be excusable for a publicly owned, non-profit service - let alone Capita, with pre-tax profits last year of £112 million.

A company profiting so hugely on people's sickness, but failing to deliver the service that is expected, will rightly anger health workers and service users alike. Members of doctors' union BMA are so concerned that their General Practitioners Committee passed a vote of no confidence in outsourcing to Capita.

BMA members have been leading the fight against Tory attacks on our NHS. Junior doctors have struck repeatedly against outright bullying from the likes of Health Secretary Jeremy Hunt and the rest of the Conservative government.

The resilience of health workers under attack - and their recent fightback - is an inspiration. But these attacks are wearing them out. Poll after poll shows incredible levels of stress and exhaustion.

These vicious attacks on our health service need to stop now. Health unions must coordinate strike action and push for an early general election. Let's kick out these profiteers, and bring the NHS into public ownership under democratic workers' control.