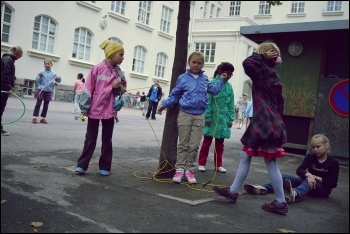 The campaign has been set up by the Bolton Trades Council and involves the Socialist Party, parents, Momentum and other activists. Bolton council has over £200 million in reserves and the planned closures of these centres will only save £1.5 million!

We support the call of the campaign for the council to use reserves to keep them open.

The protest in Little Lever was joined by the ward's three Ukip councillors. Ukip have gained support in working class areas that feel betrayed by the Labour Party over the last few years. They are opportunistically supporting the campaign and are moving a motion at council to reverse the cuts.

But in other areas, Ukip are supporting or making cuts themselves. It highlights the need for a battle in the Labour Party to say to councillors, fight or stand aside!

The anti-austerity politics of Jeremy Corbyn now need to be fought for at every level of the Labour Party to put an end to cuts.