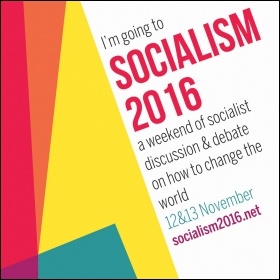 Debate and discussion on:

Bigoted US Republican presidential candidate Donald Trump recently appealed to African-Americans to vote for him: "You're living in poverty, your schools are no good, you have no jobs, 58% of your youth is unemployed - what the hell do you have to lose?"

Probably a lot more if he got into the White House! Then again, would black and ethnic minority people fare better under a Clinton Democrat presidency?

As Barack Obama's presidency comes to the end of his second term, twice as many black Americans than white people are being killed by police.

Also, institutional racism means blacks and Hispanics comprised 59% of all prisoners in 2014, even though they make up approximately one-quarter of the US population.

As black revolutionary Malcolm X famously remarked, racism is inherent in the capitalist system. But such oppression can and is being fought, as shown by the spontaneous eruption of Black Lives Matter protests throughout the US.

In many places this movement has been led by young black women. Likewise, the fight for a $15 an hour minimum wage to end poverty pay is led mainly by young fast food workers. And more young people voted for Bernie Sanders and his call for "a political revolution against the billionaire class" in the presidential primaries than for Hillary Clinton and Donald Trump combined! 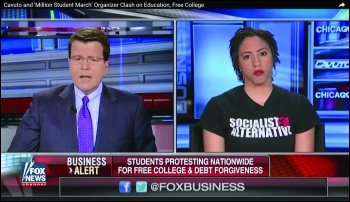 Darletta Scruggs is a young activist in these working class struggles and a member of Socialist Alternative - our co-thinkers in the USA. She will be speaking at the Socialist Party's 'Rally for Socialism' on the evening of Saturday 11 November in central London - part of the weekend event, Socialism 2016.

Both Donald Trump and Hillary Clinton are two of the most unpopular major party candidates in living memory. That's because both represent the corporate establishment and the super-rich 1%. They represent the failed capitalist system.

At Socialism 2016 more than a thousand people will be discussing the socialist alternative to that system.

It's the place to be to learn the lessons of the movements in the US and elsewhere. And it will include serious discussions about organising here to defeat racism, to defend Jeremy Corbyn's anti-austerity leadership, to kick out the Tories, and much more.

Get your tickets now!