Fighting racism and capitalism with solidarity, socialism and song 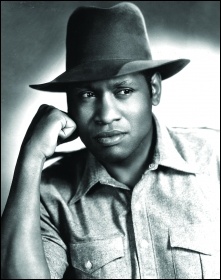 "The artist must take sides. He must elect to fight for freedom or slavery. I have made my choice. I had no alternative," were the words of Paul Robeson 80 years ago, when speaking in solidarity with workers fighting fascism in Spain.

It was wondering who the "giant man with a heavenly voice" was in the Manic Street Preacher's song 'Let Robeson Sing', which led me to discover the life of Paul Robeson. And a giant he was.

An actor who starred on Broadway, a talented college American football player, a brilliant singer - and a socialist and civil rights campaigner at a time when Malcom X and Martin Luther King were just children.

It was as a lawyer that he first tried to make a career, until he encountered such extreme racism that he turned to acting. He soon landed a role in 'All God's Chillun Got Wings' by socialist playwright Eugene O'Neill. By the 1930s Robeson was at the height of his fame, regularly appearing on Broadway and touring Europe which included a short period living in London.

It was during his travels in Europe that Robeson became a socialist.

In 1929, when walking in London, he heard the rich sound of a Welsh miners' choir. They were unemployed due to the Great Depression, and had walked to London to petition the government for help.

Robeson joined the miners, humming along with them. He later raised money to pay for their journey back to Wales and buy food and clothing for the miners of the Rhondda Valley and their families. That year he also contributed the proceeds of one of his concerts to the Miners' Relief Fund, and visited Wales in person to sing for and talk to the miners.

During this time he also visited the Soviet Union. On a stopover in Berlin on the way, he was appalled by the Nazis and their racism, which he later contrasted with the acceptance and irrelevance of his race he encountered in Moscow.

Touched by the solidarity and struggle of the South Wales working class, and in opposition to fascism, Robeson threw himself into the struggle against fascism during the Spanish Civil War.

He used his performances to advocate the cause of the Spanish Republic, and even travelled to Spain to visit the battlefront, all against the advice of his agent. Robeson decided events trumped commercialism.

The culmination of his solidarity with the workers of South Wales came in 1940 when he starred in 'The Proud Valley', a picture filmed in the heart of the Valleys. It told the story of David Goliath, played by Robeson, a black American miner and singer who gets a job in a Welsh pit and joins a male voice choir.

It documents the harsh realities of coal miners' lives, which Goliath shares. He becomes a hero as he helps to better their working conditions, and ultimately, during a mining accident, sacrifices himself to save fellow miners.

One of the most iconic parts of the film occurs when he encounters racism from a fellow miner who refuses to work alongside a black man. This is quickly challenged by a Welsh miner who leaps to David's defence with the fantastic line: "Damn it, well aren't we all black down the mine?"

Robeson would go on to perform and fight for socialism throughout his life. He championed the civil rights struggle in the 1950s and 1960s. During McCarthyism, like many other socialists and communists, he was blacklisted - and even had his passport taken from him.

Paul Robeson recognised the need to fight racism and fascism with solidarity and socialism. This giant man's lifelong struggle serves as an inspiration as we carry on the same fight today.