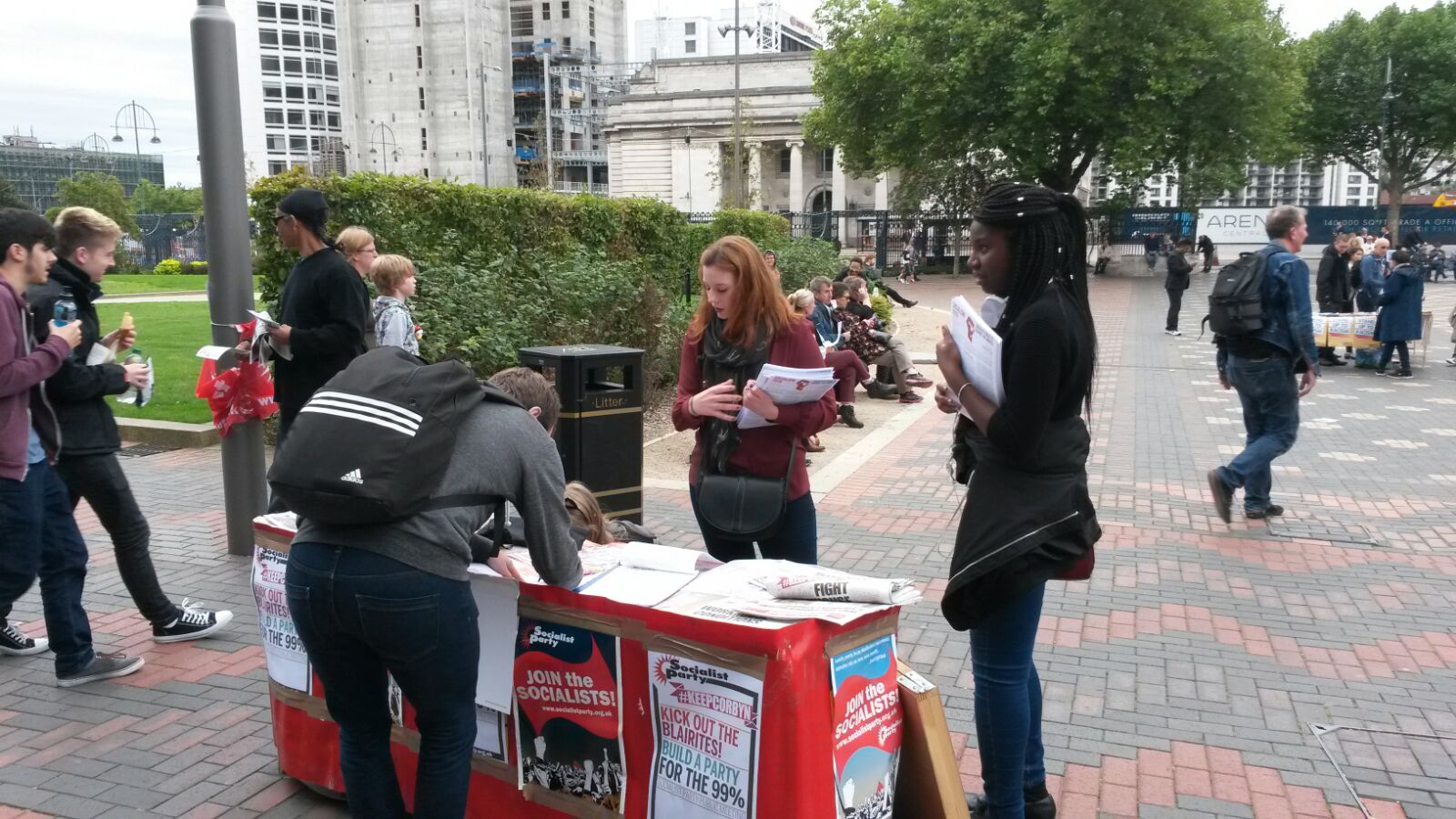 Home News No backtracks, no compromises: we must fight for real democracy in Labour
Facebook
Twitter
WhatsApp
Email
Print 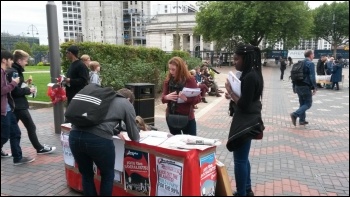 On 28 February 2015 the ‘Campaign for Labour Party Democracy’ met for its annual general meeting. There was a motion proposed by Jon Lansman, now better known in his role as the chair and main political leader of Momentum, on the agenda.

Lansman’s motion argued that Labour activists should “quit tinkering” and demand full mandatory selection of Labour MPs. Such a change would “ensure the accountability of elected representatives to the party” he went on to argue. After all, “Labour members who work tirelessly to return their MPs to parliament have a right to choose their local candidates. Going through a selection process once every 30 years is just not adequate.”

It is in the heat of struggle that the mettle of individuals, organisations and political ideas is really tested. After all, it is always easier to ‘talk a good fight’ when you are not facing down fire on the battlefield. The fighting talk of Jon Lansman in February 2015 came at a time when the Labour left seemed in terminal decline. Following Labour’s disastrous election result, John McDonnell spoke at a trade union conference where he hinted at potential support for new parties developing to the left of Labour.

Among the dwindling number of left stalwarts who had remained in the Labour Party during the long march of Blairism, optimism was in short supply. In an interview he gave while Jeremy Corbyn was fighting for nominations to stand in 2015’s leadership contest, Jon Lansman wrote: “Jeremy Corbyn may not win this election but if he gets on the ballot paper, he’ll widen the debate and change the other candidates’ campaigns. Candidates will talk more about austerity than aspiration. If they mention party ‘reform’, they’ll be more likely to mean democracy and less likely to mean new ways of excluding trade unions.”

But, in an unpredictable way, Jeremy Corbyn’s campaign became a lightning rod for the seething discontent which existed in society and the hunger for a political alternative. The movement that developed around him was primarily based on a fresh layer of people coming from outside of the Labour Party who, enthused by the possibility of an anti-austerity, socialist leader, paid £3 to register as supporters or a similar amount to join as members.

Now, Jeremy Corbyn has emerged from a second leadership election. After winning almost two thirds of the vote, he has once again proven the enormous appeal of anti-austerity left politics. Within the Labour Party’s membership he has overwhelming support. But within the Parliamentary Labour Party (PLP) he remains in a small minority. 172 of 230 Labour MPs voted ‘no confidence’ in Jeremy in June. They did so not primarily because of concerns about his personal ‘competence’ or ‘electability’ but because they are wedded to the pro-capitalist, austerity politics of Blair, Brown, Miliband and co.

And far from having accepted the decisive result of the leadership election they triggered, the right within the PLP are devising new plans to paralyse and undermine Corbyn. Recent reports described a right-wing plot by MPs to hold ballots – not of members, but of parliamentarians – on key political issues. In this way they plan to oppose the positions supported by Corbyn – not to mention most Labour members – and attempt to force him ‘into line’.

Indeed, while the right’s immediate plans to remove him have been knocked back, Tom Watson’s rumoured ‘project Anaconda’ is now clearly in full swing.

Instead, the mass support that exists for Jeremy must be brought to bear on the PLP. Other than a handful of loyalists in parliament, Corbyn’s real supporters are outside its walls. They are anti-austerity campaigners, socialists, ordinary Labour Party members and trade unionists. These are the forces that must be organised and mobilised if Corbyn is to win this civil war.

The potential to win is clearly there. Thousands attended rallies to hear Jeremy speak over the summer. And they are prepared to fight. A poll by YouGov showed that mandatory reselection – a term that would have seemed utterly obscure at the time it was raised by Jon Lansman in 2015 – is now supported by the majority of Corbyn voters.

Why is it then, that at this moment, when the forces exist in outline to genuinely transform and re-found the Labour party, the official leaders of Momentum appear to have lost all stomach for a fight? In comments he made to the Guardian just one week following Jeremy Corbyn’s second, tremendous victory, Lansman was at pains to reassure the Blairites that, under his leadership, Momentum poses them no threat. “We will not campaign for mandatory reselection nor to deselect any individual MP” were his exact words.

Mandatory reselection is not about ‘bullying’ or intimidation as those seeking to smear Corbyn and his supporters attempt to claim. It is basic democracy. Those who wish to be Labour candidates should be accountable to the party members and affiliated trade unionists they are supposed to represent. There should be no blank cheques or guaranteed ‘jobs for life’. This is true both of MPs and, importantly, of local councillors – the majority who are passing on vicious cuts hitting working class communities across the country.

That is why reselection was fought for and won by the left in the past. And it is also why it was removed as part of a tranche of measures designed to cement Labour’s move to the right and destroy the left within the party.

But even without the rule-change that would be required in order to restore mandatory reselection, it is possible for campaigns to be waged to de-select MPs. The current rules allow for party members to use the mechanism provided through ‘trigger ballots’. Although securing a re-selection vote through a ‘trigger ballot’ is a more torturous route, with more scope for the party machine to intervene, were Momentum to properly organise and co-ordinate Corbyn supporters in every area, it would be possible to remove right-wing MPs.

The move by Lansman to capitulate on the question of mandatory reselection is symptomatic of the general approach that has been adopted by Momentum’s leadership, almost from the outset. This has included acting as a mirror image of Labour’s right-wing ‘compliance unit’ and carrying out Momentum’s own purges and exclusions aimed at members of the Socialist Party and other organisations. It is no wonder, therefore, that many of those involved in the campaign at local level are furious with the complete lack of internal democracy as well as the cowardly approach of its leadership on a whole number of questions, including reselection.

The Socialist Party has been on the front line of the campaign to defend Jeremy Corbyn’s anti-austerity leadership from the right, photo Socialist Party   (Click to enlarge: opens in new window)

As the battle for the soul of Labour continues, those ‘leaders’ who are unwilling to take on the fight must be cast aside. The Socialist Party argues for a ferocious battle to be waged in defence of Corbyn, with the central objective of transforming Labour into a party which will act in the interests of working class people.

This means rather than declaring a phoney one-sided peace with the right, organising and fighting to defeat them. It means genuinely campaigning for Labour Party democracy, including mandatory reselection. It means defending the rights of Labour members, opposing witch hunts and supporting the restoration of the voice of workers through trade union collective representation at all levels. It means campaigning for the party to be opened up, looking towards its federal traditions, with a structure that could allow the active participation of socialist and anti-austerity organisations, including the Socialist Party. And it means being prepared to stand up for the anti-austerity, socialist politics that saw Corbyn elected in the first place – to fight for a Labour party that stands for the 99%.