Pre-crisis wages in spite of rise: unions must act on pay restraint! 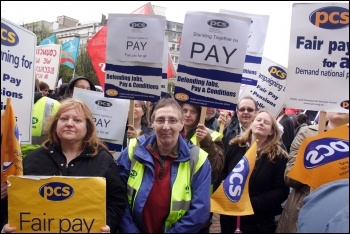 This might have some thinking that workers have never had it so good. The figures point out the impact the new higher minimum wage has had on the very lowest earners, pushing a one-off rise of 6%. But the newspaper concedes that even this leaves wages below pre-crisis levels.

It will take another decade for average earnings to recover.

What they forget to mention is the increasing precarity of work, with over 800,000 now on zero-hour contracts, and the increasingly desperate plight of those out of work. Not to mention Britain's richest 0.001% doubling their wealth to over £500 billion in the same period!

At my university, the University of Birmingham, we recently saw management abandon its commitments to the Living Wage. This was despite a record surplus of over £45 million, and one of the highest-paid vice chancellors in the country.

Over 500 cleaners and support staff lost out. It is a familiar story.

And while the FT now praises this small rise in earnings, exactly one year ago it criticised the new minimum wage, saying it would cost jobs. We can now reveal that, according to Bank of England numbers, this is not the case.

What the new minimum wage shows is precisely that higher wages aren't responsible for economic crisis. In Seattle, a mass movement where the Socialist Party's US co-thinkers played a leading role won a $15 an hour minimum wage. Both employment and economic growth have actually boomed in its wake.

In the UK, we demand £10 an hour now. This would lift people out of reliance on working tax credits, and transfer some of the wealth the bosses steal from workers back into workers' pockets.

To end the theft once and for all, we need public ownership under democratic workers' control and management, with a socialist plan of production to meet the needs of all.