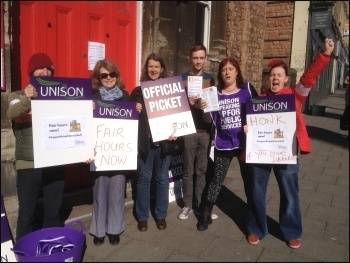 A letter has been sent to Bristol's Labour Mayor Marvin Rees from Socialist Party member and former TUSC mayoral candidate Tom Baldwin on behalf of the Bristol and District Anti-Cuts Alliance (BADACA).

It follows an earlier meeting held between the mayor and representatives of BADACA to discuss an alternative to the 1,000 jobs (one-in-six posts) being cut by the council at the time. Since then a further £27 million of cuts have been announced which will severely damage vital services provided by the council.

BADACA representatives put forward suggestions for how the mayor could take a no-cuts approach, centred on the need for mass campaigning to turn back the tide of Tory austerity.

The letter largely addresses some of the legal concerns about such a strategy that were raised. Marvin Rees is yet to respond.