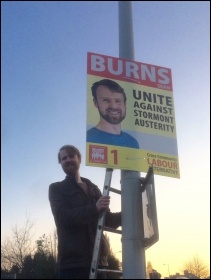 The Socialist Party (CWI Ireland) began its election campaign following the fall of the sectarian-dominated Stormont government in Northern Ireland. The CWI is standing candidates as part of Labour Alternative, a cross-community electoral alliance.

Labour Alternative is demanding abortion rights and marriage equality, blocked by the sectarian parties. Here they are plastering Belfast with their iconic posters. 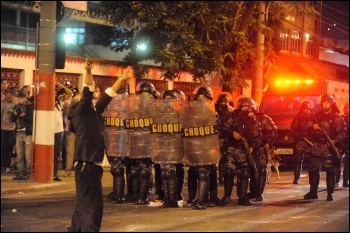 From 27-29 January socialists will gather for the CWI's Latin American school hosted by Liberdade, Socialismo e Revolução in Brazil.

The highlight will be the Saturday rally learning lessons for the left today in the Russian revolution's 100th anniversary. The meeting is glad to welcome socialists from the USA, Europe, as well as Brazil and the rest of Latin America.

Brazil's new illegitimate right-wing government has wasted no time in attacking workers. But this has provoked an equal resistance of occupations, strikes and demonstrations across the country.

This event is another important step in the unification discussions between socialist organisations, CWI and Izquierda Revolucionaria. 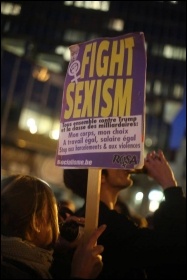 The CWI in Belgium (LSP/PSL) has initiated a new campaign, Rosa (Resistance against Oppression, Sexism and Austerity). See facebook.com/campagneROSA for more details.

On 21 January millions marched around world, a majority of them women, against Trump and his sexist policies. The tidal wave of anger demonstrated the opportunity to build a movement against sexism and the capitalist system that promotes it.