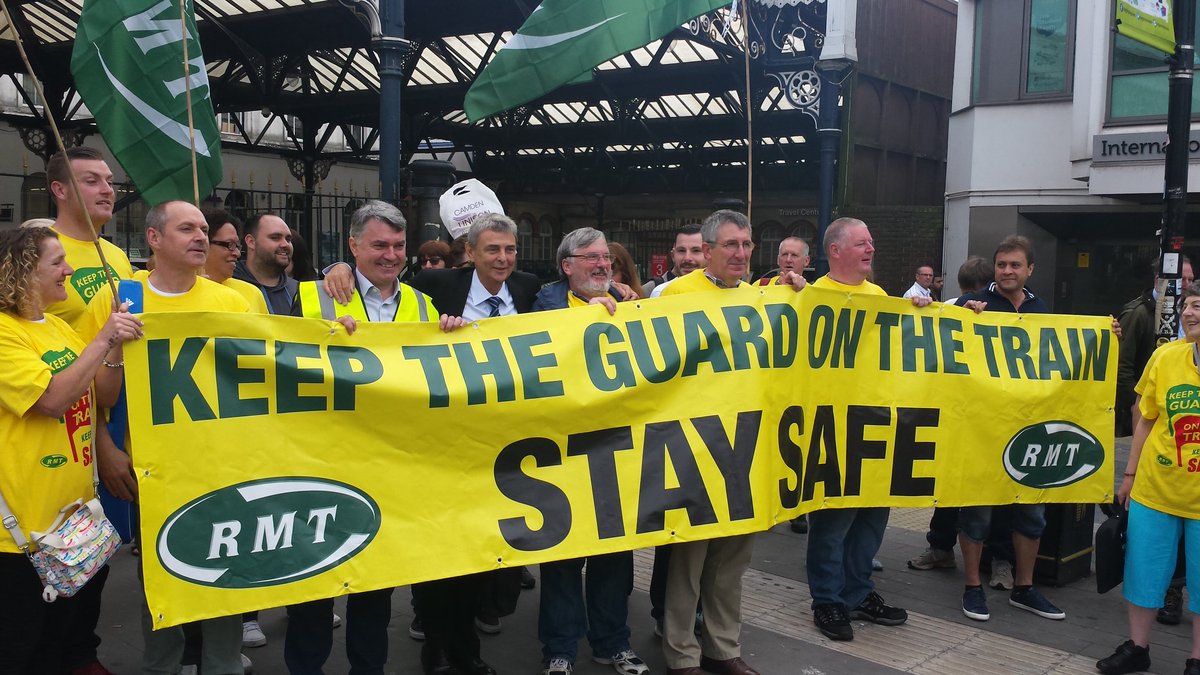 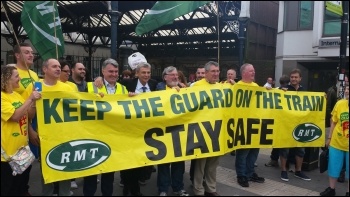 In an attempt to bring to an end the long-running and bitter dispute against driver only operation (DOO), Southern Rail management have made an offer to drivers’ union Aslef. Following negotiations brokered by the TUC which disgracefully excluded the RMT, which is equally part of the dispute, it is now being put to the members in a referendum with recommendation to accept.

The Socialist urges Aslef members to vote to reject this deal which, if accepted, will extend and normalise DOO on our railways. Aslef’s decision to recommend this shoddy deal is a serious betrayal particularly considering that Aslef’s official policy is against any extension to DOO.

It is disgraceful that after a massive 28 days of strike action by RMT members along with five days by Aslef drivers, the dispute could end up with the guards being sold down the river – if this deal is accepted.

The consequences of acceptance will affect train-crew of all operating companies across the country, not to mention disabled and vulnerable passengers who rely on them, for years to come.

RMT general secretary Mick Cash has correctly described the deal as “a shocking and historical betrayal presided over by the TUC of not only the conductor [guard] grade and drivers, but also passengers, including disabled passengers, who have lost the guarantee of a second member of staff on their trains.”

The deal being put to Aslef members states that although an ‘on board supervisor’ (in reality a ticket seller with no safety responsibilities) will be rostered to work on all trains which previously had a proper guard, in various circumstances trains will run with the driver alone.

Southern promises to explore an ‘indemnity scheme’ to protect drivers in the event of accidents and to recruit those drivers made redundant by freight train companies. But this deal needs to be seen for what it really is: the cost-cutting elimination of an entire grade of rail worker, and a fundamental attack by the Tory government on the RMT, Britain’s most militant trade union.

It is absolutely crucial that train drivers and guards stand shoulder-to-shoulder in the struggle against DOO and the continued attacks on railway jobs and conditions. Aslef members must reject this deal and continue to fight for a fully-staffed, safe railway that is usable by all.

This version of this article was first posted on the Socialist Party website on 6 February 2017 and may vary slightly from the version subsequently printed in The Socialist.