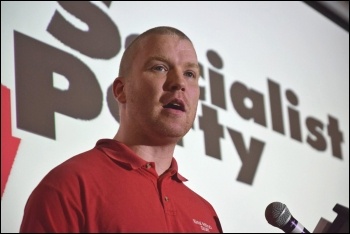 Referring to the 4 May elections, Ross pointed out that no other parties had "stood up and defended public services and jobs from the cuts that the Tory government is aiming at them.

"When you elect a representative you expect them to fight for you, to stand up for you, and unfortunately not a single cut demanded by the government at Westminster has been resisted.

"Instead there's been a carnival of collaboration with councils run by all different parties obediently cutting back services, outsourcing them and privatising them."