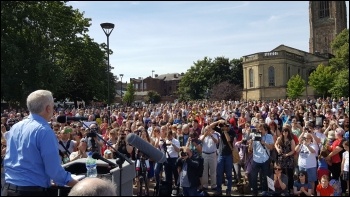 Tory austerity has brought us...

In other words, the Tories wreak chaos and destruction on our public services and living standards

A 20-point plan on workers' rights, including:

Support for health and social care, including:

A National Education Service, including:

Starting to tackle the housing crisis, including:

Investment in jobs and services, including: