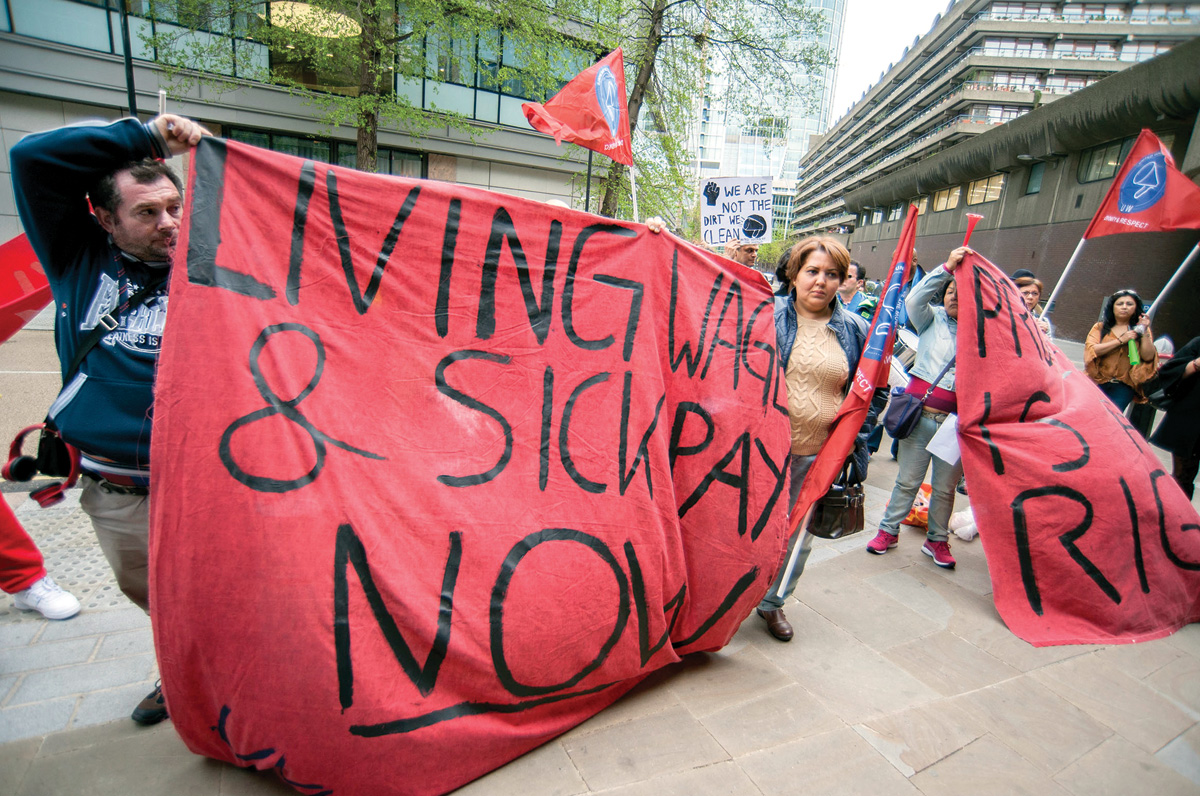 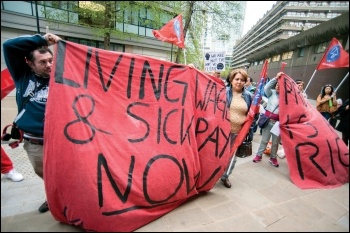 While wages still sit £16 a week below their 2008 pre-recession peak, government figures have shown that the Tories have pushed pay ‘growth’ back below inflation.

The jelly legs of Theresa May’s “strong and stable” government have again been exposed as wobbling.

With average earnings crawling up by 2.1% year on year – although falling in real terms – in the first three months of 2016, inflation of 2.3% has meant yet another real-terms cut in workers’ meagre incomes.

The Trade Union Congress recently ranked Britain, one of the richest countries in the world, at 103rd on its global ranking of pay growth, with inflation undercutting any rises.

The Tories and their media baron friends have worked hard to paint the picture of May’s party usurping Labour as the party for working people, but the reality is quite the opposite. Under the Tories it has been shown time and time again that work doesn’t pay.

Nurses are being forced to use food banks as nurses’ union RCN threatens its first strike in history over pay. And two-thirds of children in poverty now come from working households. These are just two damning examples of the devastating consequences of prioritising the wealth of the elite.

In fact, by 2022, around 16 million will be living below the breadline, based on proportions in a study by the Institute for Fiscal Studies. The Conservatives under May have leapfrogged Margaret Thatcher’s poverty figures, including plunging almost a million more children into poverty than there were under the loathed milk snatcher.

Record employment levels mask an underbelly of zero-hour contracts and massaged figures. All this means that, for the first time in the post-war era, high employment hasn’t seen significant wage increases.

The Tory manifesto maintains it will keep the public sector pay cap in place, while also promising to uphold their previous pledge to cut corporation tax to 17% by 2020.

It’s clear where their priorities lie. Not with the many. For the few.

Meanwhile, Jeremy Corbyn’s manifesto has promised to smash the pay cap and raise the minimum wage. Combined with his pledge to scrap zero-hour contracts, that could start to reverse the Tories’ wage collapse.