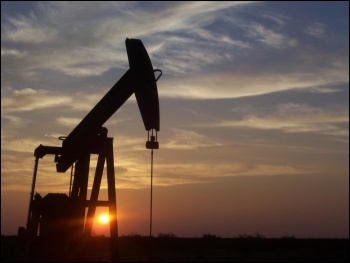 Are you a boss of an oil company? Make sure the Tories have your best interests at heart and donate. Six of the Tories' largest donors have taken up this smashing offer.

Labour counted their declared donations - they have given over £390,000 since Teresa May became prime minster.

For the effect, look at the Tory party's 2017 manifesto. A promise to give "unprecedented support" to North Sea oil and gas, with a particular focus on fracking.

By comparison, in renewable energy the government has been told to "stop dithering" by Labour's shadow business secretary Clive Lewis. And he has a point.

According to the Hendry Review we can power up to 20% of the UK's energy just from tidal power. In fact, eight of the 20 locations identified as ideal for tidal power are in the UK.

The Socialist Party supports Corbyn's pledge for more public ownership of utility companies, and investment in 300,000 jobs in renewable energy.