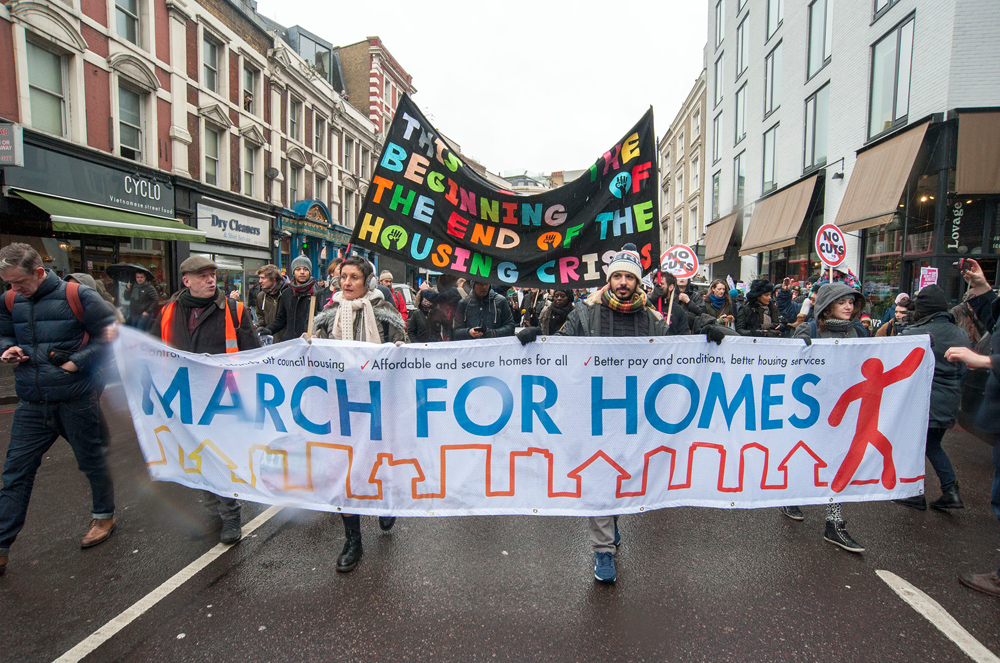 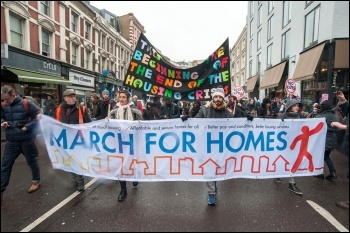 Estimates are that between 400 and 600 people lived in Grenfell Tower.

There is an intense housing crisis in London. Wages have not kept up with rising rents. Housing benefit has been reduced. The benefit cap has made London housing completely unaffordable to 30,000 households.

For people who have lost their homes the choice is particularly stark. There are almost 2,000 households in Kensington and Chelsea which the council has accepted as homeless.

London councils have been dispersing homeless households to temporary accommodation at great distances from London.

I have visited a project based at Kensington town hall which has been relocating families to the west Midlands on a permanent basis.

Given such an impossible situation, many homeless households go to stay with family and friends so they can maintain employment, education and social networks.

But one consequence is that blocks like Grenfell Tower can become severely overcrowded.

The Socialist Party demands a genuine democratic inquiry into the Grenfell Tower fire. This should include housing management issues. However, this alone does not go far enough.

There should also be an inquiry into homelessness across London. Homeless households should not be exiled from their local community.

Jeremy Corbyn has been spot-on in demanding that empty private accommodation locally should be requisitioned to house households from the tower. This is the right immediate response – but wider issues also need to be addressed.

When Thatcher brought in ‘right to buy’, properties were privatised one at a time.

There was a target of moving 200,000 properties each year out of the public sector.

Tenants groups across London should come together to demand an immediate programme to meet housing need. A first step should be stopping the Greater London Authority and borough councils from selling public land to private developers.