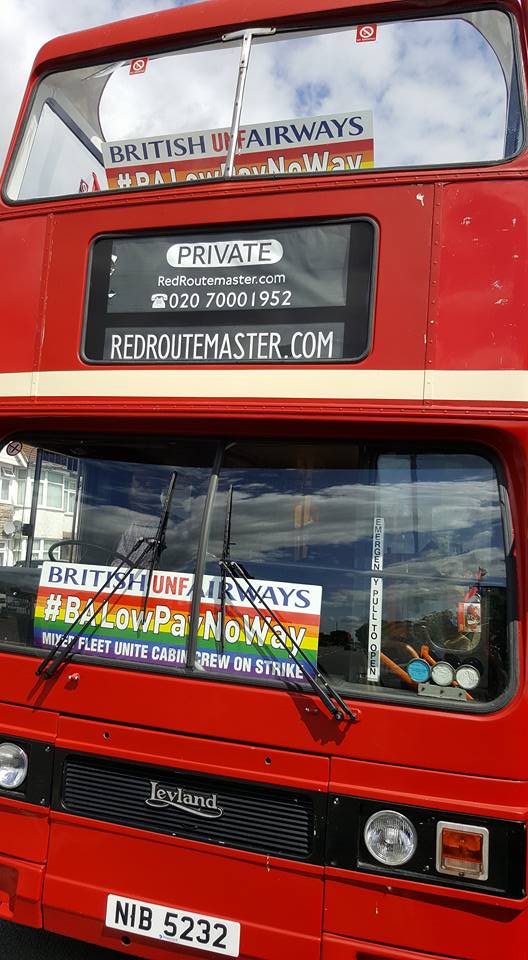 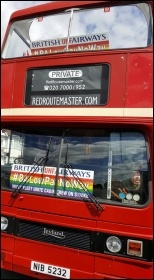 On their 74th day of strike action, a bus-full of British Airways (BA) mixed-fleet cabin crew organised by general union Unite, and their supporters, circled first Heathrow Airport and then the streets of Richmond.

Noisily filling the top deck of an open-top bus with banners and flags in hand, they set about making everyone aware of their incredible struggle against poverty pay.

Many of them are on a miserly basic salary of £12,000. They have maintained their fight despite BA attacking their bonus payments and travel concessions which are necessities because of their low-paid contracts. The firm has even hired Qatari Airways to scab. Yet the workers have shown tremendous courage in fighting on.

Their present action, which has continued through August, ends at the end of the month. BA has contacted the union promising talks but the workers are determined to continue to fight if negotiations come to nothing.

One worker told the Socialist: “The ‘topless’ (open-top) bus ride was brilliant and made loads of people aware of the strike and what we’re on strike for, including hundreds of passengers at the airport at one of the busiest times of year.