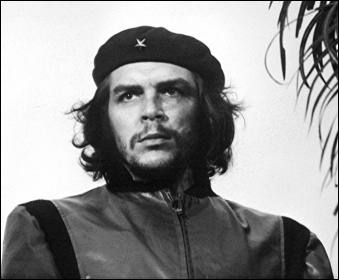 Anyone interested in Che Guevara, the Argentinian socialist and hero of the Cuban revolution, is spoilt for choice when looking for books about his life and exploits. But a new book, 'Che, My Brother', written by his sibling in the run-up to the fiftieth anniversary of Che's death, is a welcome addition.

Juan Martin is Ernesto 'Che' Guevara's youngest brother. He was himself a political prisoner for eight years in the late 1970s and early 80s under the reactionary Argentinian junta. Fitting given that Che, before his death, told a fellow fighter he considered Juan Martin, of all his siblings, his spiritual heir.

It was a visit to the tiny village of La Higuera in Bolivia, where Che was executed by US-backed forces in 1967, that prompted Juan Martin to write. It's mainly personal recollections of their youth and the impact of Che's 'legend' on the Guevara family.

The book features some interesting insights into what made Che the revolutionary he would become. The stories Che told his family about poverty and struggle when he returned from the trip around Latin America that became 'The Motorcycle Diaries'.

50 years ago Che was in the Bolivian mountains courageously fighting a guerrilla war against the country's military dictatorship. Sadly, his brave efforts were misguided in that they circumvented workers' struggle. They failed to initiate revolution and Che's resulting defeat was to prove fatal.

Despite his self-sacrifice, the methods of guerrilla struggle - which in the specific conditions of Cuba had successfully overthrown capitalism, if not installed genuine workers' democracy - did not have the same effect. But Che's life is rightly an inspiration and his position as an icon of struggle is justified.

The Socialist Party would point to the experience of another great revolutionary, Leon Trotsky, a leader of the Russian revolution a century ago.

Trotsky argued that the working class, even when in a minority, must lead the struggle against capitalism - not isolated bands of guerrillas. Works by Trotsky were found on Che when he was captured and killed.

And what does his brother make of it all? Juan Martin writes: "Do we need someone exactly the same today? A guerrilla? No. A man with a beret living up in the mountains? No.

"But a man with ideas for change, with principles, who won't exchange them for money and fame and power? Someone with Che's characteristics? Yes, we need that.

"The world has not become a better place from when Che was alive. It has become worse. We must fight to make things better." I agree.