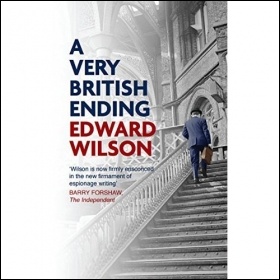 A Very British Ending by Edward Wilson   (Click to enlarge)

Edward Wilson is an author described as the 'socialist John Le Carré.' His first novel, 'A River in May', was published in 2002 and is set in Vietnam, where Edward served in the US Special Forces.

The brutal depiction of the horrors of that war are based largely on his own experiences. His latest, 'A Very British Ending', deals with the plot to overthrow Harold Wilson's Labour government.

Below we print extracts of an interview by Tony Saunois, secretary of the Committee for a Workers' International, published in full in the November issue of Socialism Today.

Do you think a government led by Jeremy Corbyn would face the same threat as Harold Wilson did?

Wilson was not a genuine lefty. He was an opportunist, although it might not be a popular thing to say. He was a member of the Liberal Club at university. I think Wilson would have liked to lead the right wing in Labour but Gaitskell beat him to it.

Wilson was not a raving Marxist. Yet Gaitskell was their poodle - a prototype Blair. He was to the right of [Tory prime minister] Harold Macmillan. They wanted to stop Wilson - Gaitskell was more reliable.

You set a scene in Gaitskell's home to show where his loyalty lay. The super-rich and secret services are present. Is this a problem today with the Blairites in Labour?

Definitely this issue needs to be addressed. They would move to sabotage Corbyn.

On the issue of a threat to him and what happened to Wilson. I will tell you about an incident but cannot reveal the names of those involved.

I was at an event sitting next to Lady X, the wife of a general. Not just any general, a senior general. They were very pleasant. She asked me what my next book was about. I said the military plot to overthrow Harold Wilson.

She introduced me to her husband, the Generalissimo, they said - how interesting. We knew three of the people involved. Such a plot was real.

I am not sure the army would react the same way to Corbyn today. I may be wrong. They and the police have been affected by savage cuts. They are more likely to use the banks and the press.

Why use tanks when you have banks? Greece is possibly a more likely type of threat and what they did there.

Do you think that there is a definite role for novels to act as a mirror to reflect the real life of people and politics?

There should be many more writers who are political. I cannot understand why there are few political novelists. There are many more political writers in theatre.

What better whodunnit than how the ruling class came to power? There is a real plot to develop on that.

In the past there were many more clearly political writers. I like Jack London. Hemingway I despise. Evelyn Waugh was one of the best for the left. Although he was a high Tory he wrote very well to expose the decadence of the ruling class!