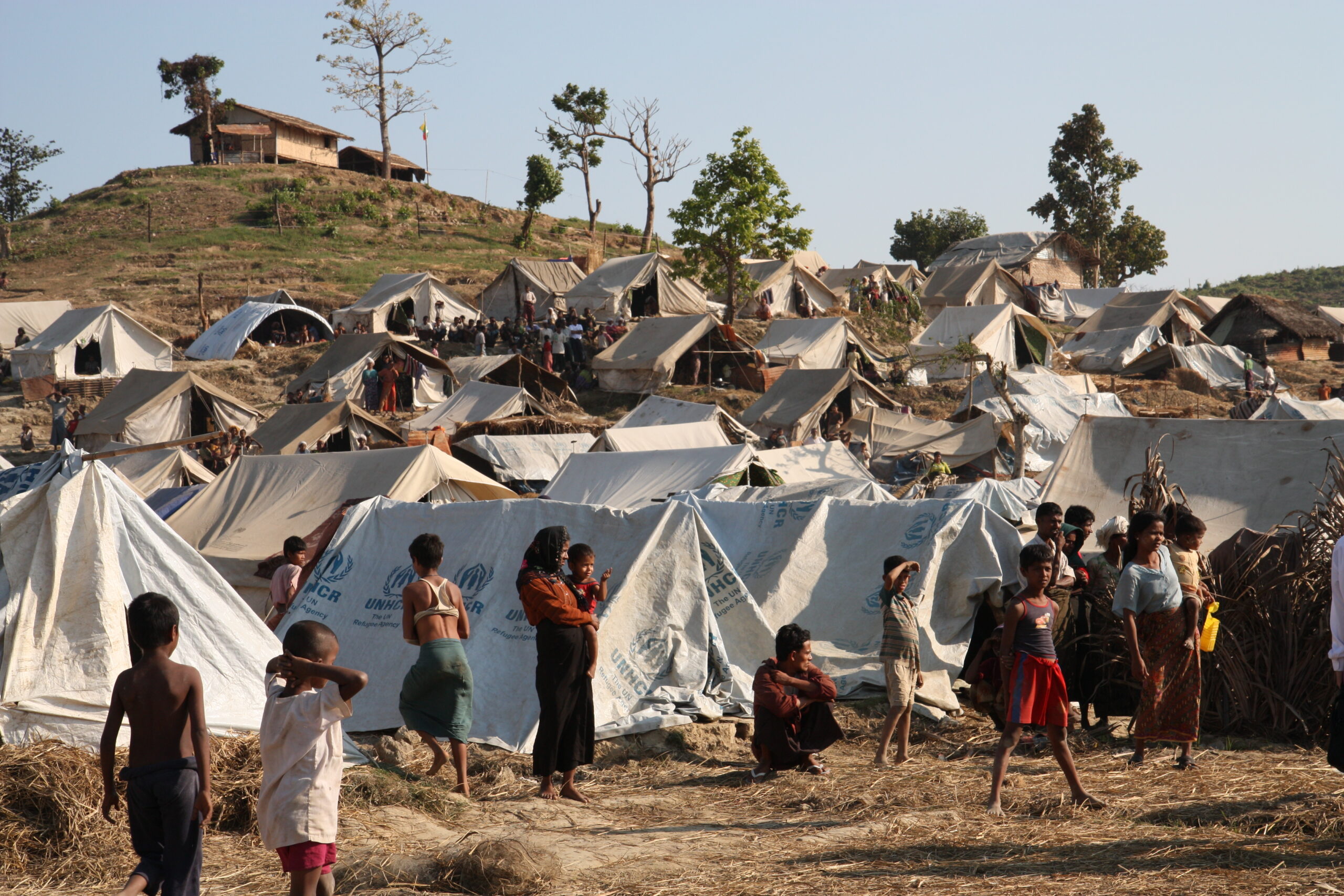 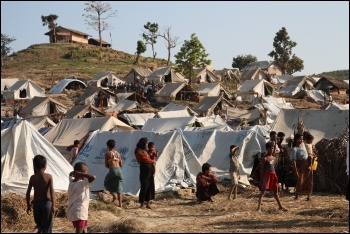 More than 400,000 people have fled the country towards neighbouring Bangladesh. Tens of thousands have been trapped in a rain-soaked no man’s land without food, shelter or medical aid.

The Bangladesh prime minister – Sheikh Hasina – has told the terrified refugees they must go back!

Today, hundreds of thousands are fleeing the massacres, rape and pillage being carried out by the Burmese military in their ‘home’ state where they constituted a majority.

Aung San Suu Kyi is the acknowledged political leader of Myanmar since her party – the National League for Democracy (NLD) – won 80% of the popular vote in 2015.

It was the first ‘free’ general election after 50 years of repressive army rule. But she has earned worldwide condemnation for her failure to speak out against the atrocities inflicted on the Rohingya by ‘her’ government.

When, two weeks into the crisis, she broke her silence in a phone call to President Erdogan of Turkey, all she could say was that there was a “huge iceberg of misinformation” about what was happening! This is almost ‘Trump-speak’ – a total denial of reality.

In her most recent speech to Myanmar’s parliament she did not address the question of state-sponsored military violence and disingenuously claimed that the government had improved conditions for Muslims living in Rakhine.

The Committee for a Workers’ International has always maintained that Aung San Suu Kyi’s passive resistance would not be a strong enough weapon to right the wrongs of decades of military rule and she would not mobilise the masses to remove them.

She has long danced to the tune of western capitalism’s interests – its trade and investments in the region – but may now be more influenced by the rise of China’s military-industrial complex.

The military in Myanmar, who still hold the reins of power, justify their actions against the whole Rohingya population (of more than one million) by the need to eliminate ‘terrorism’.

Yet it is the army’s terror campaign and vicious Buddhist chauvinist persecution which has driven a desperate layer of Rohingya youth in this direction.

On 25 August some fighters of the ‘Arakan Rohingya Salvation Army’, attacked 30 police posts and an army base, killing several people. The military also said there were ‘people inciting riots’.

The response of the army was to launch a bloody campaign of reprisal, killing hundreds of civilians and burning at least 500 villages to the ground, forcing hundreds of thousands of people – including non-Rohingya – to flee with nothing but the clothes they were wearing.

It was fighters like Aung San Suu Kyi’s own father who ended British colonial rule and achieved independence in 1948.

Decades later, in August 1988, a heroic revolt of workers and students came close to overthrowing the generals’ dictatorship.

Aung San Suu Kyi “is not interested in fighting for the Rohingyas” a Burmese student commented, “and will just let them rot in the concentration camps or perish in the seas,” he added.

But all of them have maintained, even during the ‘boat people’ disasters of recent years, that the Rohingya must stay out.

Bangladesh is a poverty-stricken country and one of the most densely populated in the world. But its top politicians – who are second generation ‘freedom fighters’ from the 1971 war of independence – are among the richest in Asia. They are also among the most corrupt.

On the other hand, the workers of Bangladesh have a proud tradition of struggle – of strikes and ‘hartals’ – against the bosses and against destructive building projects.

The struggle to defend persecuted minorities in any country cannot be separated from the need for a united struggle of all workers against the common enemy – the bosses and the defenders of their system.

Lessons will be drawn about the need to fight for a new society – a society in which the rights of all minorities, up to and including self-determination, are upheld within a voluntary federation of socialist states.