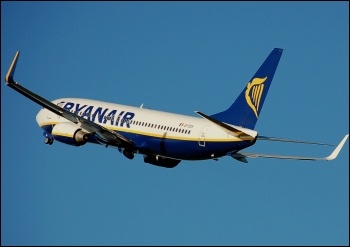 There has recently been controversy among the clouds, or rather down on the ground, for Europe's largest airline, Ryanair, amid cancellations and a major staffing crisis. The airline is set to make 2,000 cancellations over six weeks which could affect up to 400,000 passengers. Ryanair has admitted that the problem was caused by mistakes made in pilot rostering after it 'mismanaged' their holidays.

This crisis at Ryanair exposes the limitation of privately owned transport and deregulation. Many customers will not think of using the company to fly again after experiencing short notice cancellations, leaving booked hotels and holidays go to waste and no guarantee of compensation other than for flights as insurers are refusing to cover costs.

Despite the message sent out by Ryanair, implying that these cancellations are down to pushy pilots wanting their holidays and the result of an understanding employer too willing to oblige, it's clear to most people that there is something much bigger happening than a simple rostering mistake.

The European Cockpit Association (ECA), representing 38,000 pilots, opposes Ryanair's anti-union stance and believes the Ryanair pilots should unite as a group. The ECA also says that pilots across Europe support demands from staff for significant changes and improvements to their terms and conditions.

Another major issue that faces the pilots is the use of agencies or self-employed pilots who are used to undercut the conditions of those employed by the company and create a race to the bottom on working conditions and wages. The demand for better working conditions and pay was put strongly in joint letters sent by pilots from numerous European bases.

Ryanair has a significant problem on its hands if it doesn't meet its workers' demands, including possible strike action by pilots and cabin staff. The 24-hour strike by Thomas Cook pilots on 23 September and the long-running dispute involving British Airways cabin crew have shown that strike action by workers in aviation is possible.