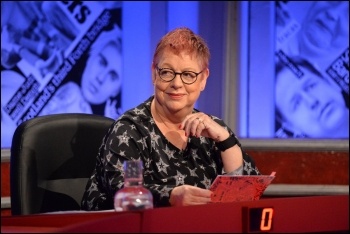 The Private Eye editor dismissed politicians' sexist acts on 'Have I Got News for You'. He remarked that "some of this is not high-level crime, is it, compared to Putin or Trump."

Brand replied: "If I can just say - as the only representative of the female gender here today - I know it's not high-level. But it doesn't have to be high-level for women to feel under siege in somewhere like the House of Commons.

"Actually, women - if you're constantly being harassed, even in a small way - that builds up, and that wears you down." Women in the audience rightly cheered. 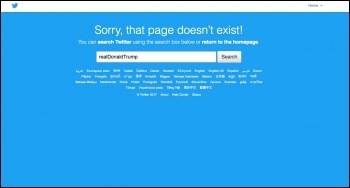 The employee of a third-party contractor for Twitter muzzled America's 'tweeter-in-chief' on their last day at work. Many have hailed the anonymous saboteur as a hero.

Trump tweeted that the shutdown shows he is "having an impact." Well, you'd imagine so, given he is - er - president of the United States of America.

But what it really shows is who has the biggest potential "impact" on society. Trump may sit in the Oval Office. But it's workers who make everything tick. 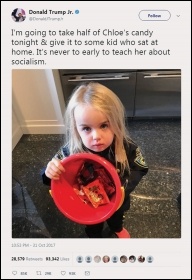 Tweeting on Halloween, Trump II declared: "I'm going to take half of Chloe's candy tonight and give it to some kid who sat at home. It's never too early to teach her about socialism."

It seems there is some confusion around the term at Trump Tower. The Socialist is happy to clarify.

Socialism would involve Chloe and all her classmates collectively owning the full fruit of their labour. They would have to seize the means of production - scary costumes and so on - from their parental oppressors. Then they could plan the trick-or-treating and distribution of sweets democratically to satisfy the needs of all.

What Trump Jr is describing - the confiscation of part of Chloe's product to enrich an idle elite - is capitalism. Like, say, inheriting colossal wealth produced by your father's hotel workers without having to lift a finger.