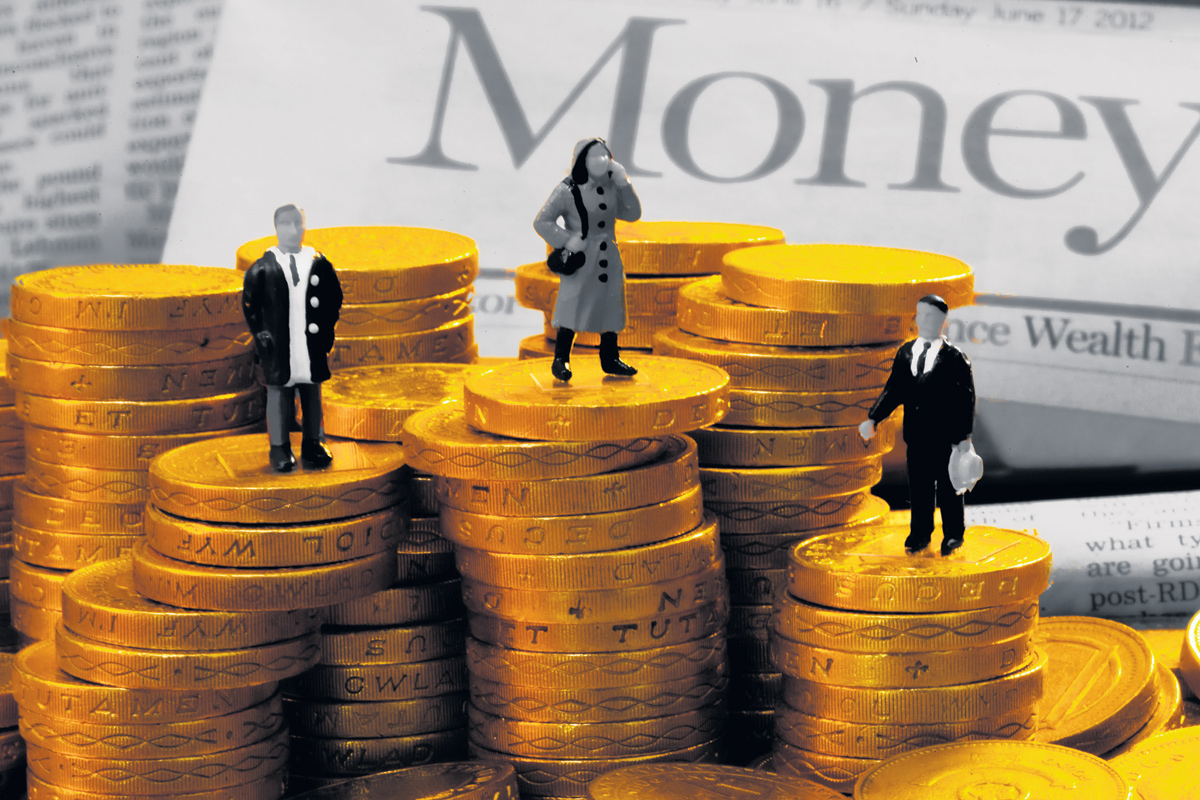 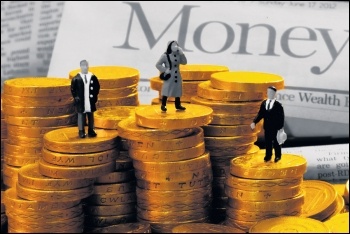 Bosses are running out of options to deal with the next crash, photo Steve Leverett/CC   (Click to enlarge: opens in new window)

“A government with income inequality at a 30-year low, unemployment at a 42-year low and disposable income at an all-time high would struggle to be considered the worst government in a century” according to the right-wing editor of the Spectator magazine, Fraser Nelson.

His fantasy sharply contrasts with that of Tory MP and veteran Brexit flag-waver John Redwood, though. Pocketing £180,000 a year as chief global strategist for leading investment company Charles Stanley, he urges clients to withdraw their money from the UK before economic disaster strikes.

The tools used to manage the economy since 2008 – ultra-low interest rates and ‘quantitative easing‘ (QE – inventing extra money to encourage lending) – have not created sustainable recovery. Rather, they have led to booming asset prices and excessively strong credit growth.

When the next economic crash explodes, central banks will be forced to come up with some new ways of stimulating their economies. Ideas like direct cash payments to voters, and ‘targeted’ QE – using invented money to buy small business or consumer debt rather than banks’ government bonds – are not looked on favourably. But this could have to change.

The UK’s official ‘CPI’ inflation is now at 3%, its highest level in nearly six years. So the Bank of England has finally raised interest rates by 0.25% to try and counteract the ‘overheating‘ dangers brought about by cheap borrowing.

This hike in banks’ borrowing costs risks tipping the UK economy into another recession. Households are already tightening spending amid a protracted squeeze on living standards from rising inflation. Price increases are in large part a result of higher import costs due to the drop in the value of sterling – around 15% against the Euro since the EU referendum.

David Blanchflower, a former member of the Bank of England’s rate-setting Monetary Policy Committee, has warned that “this is no time for a rate rise as the economy slows.”

High street sales collapsed in October, and British retail fell to its lowest growth rate in four years. There has been no boost to workers’ salaries in that period, with figures showing negative real wage growth.

Most workers have barely had a real pay rise since 2005, and without organised struggle are unlikely to see one.

Average weekly pay will still be over £20 lower in five years’ time than before the financial crash. The biggest squeeze on wages since the end of the Napoleonic Wars in the early 19th century could extend well into a second decade, according to the Resolution Foundation.

Yet a combination of higher prices and stagnant wages is actually deflationary for the economy. Living standards come under further downward pressure, leading to consumers tightening their belts, and companies investing less.

Uncertainty about the Tories stumbling into a “hard” Brexit that could cause another downward lurch in sterling – thus further raising the cost of imports and pushing inflation closer to 4% – is one of several nightmares for the Bank.

Desperate borrowers already find themselves struggling to pay usurious interest rates associated with credit card debt. The Bank’s Alex Brazier has pointed out that “outstanding car loans, credit card balance transfer and personal loans have increased by 10%, while household incomes have risen by only 1.5%.” This debt has topped £200 billion for the first time since before 2008.

According to Which? magazine, high street banks can charge people borrowing just £100 up to 12.5 times more than legally allowed by payday loan sharks!

More than a quarter of inquiries to the MoneySuperMarket website sought a loan equivalent to at least half of their annual income, while nearly one in ten were from people hoping to borrow more than their yearly wage. The average amount asked for in 2017 has risen to £8,958. Reliance on borrowed money to cope is a ticking time bomb.

The Bank of England has warned that the UK banking sector could lose as much as £30 billion in unpaid debt from credit cards, personal loans and car debt if interest rates and unemployment rise sharply.

Aside from those barely surviving in zero-hour and casualised work, ‘self-employed’ workers now account for 15% of the workforce in England and Wales. Over a million more mothers with dependent children are in work in England than in 1996, many with little credit history.

Just as in pre-crash 2007, loans are increasingly resold in packages, or ‘securities’, for investors to buy. The mortgage-backed securities market was at the heart of the last crash. It is possible a securities market based on consumer loans can become the trigger for the next.

Many amber warning lights are flashing for the UK economy. Annual productivity growth has averaged just 0.2% since 2012. The amount being set aside by workers for savings has slipped to just 1.7% of disposable income, the lowest level on record.

Easy credit has become the norm, but growth is too weak to risk a quick return to “normal” monetary conditions. Those ingredients add up to a credit bubble that could burst any time.

Working families on low incomes will be among the biggest losers when the next recession hits, their finances weakened by welfare cuts in the wake of the 2008 crash. The Institute for Fiscal Studies says Tory plans for tax credit cuts will have an especially hard impact on households facing falling hours or wages.

Cuts in payments of Universal Credit have already forced thousands of families to food banks and led to increases in arrears in council tax and rent payments.

The share of households in private rentals has doubled in a decade, according to the 2016 English Housing Survey. Estate agent Knight Frank expects the proportion to rise by 2021 to almost one quarter, an ever growing number of whom will be in very vulnerable situations on insecure tenancies.

Debt charity StepChange has calculated that almost three million people are in severe financial difficulty and almost nine million are close to the edge. Even this small interest rate rise puts an additional £1.8 billion on interest payments for those on variable rate mortgages.

For working-age adults, young people, the disabled and the unemployed, the lost decade since 2007 has been the equivalent of a Mark II Great Depression. Capitalism doesn’t work for us. It has to go.