RBS to sack 1,000 ahead of sell-off: nationalise the banks 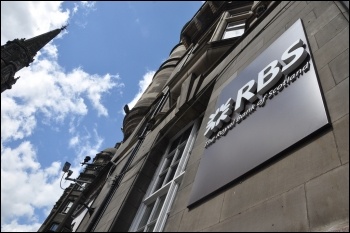 Meanwhile, Chancellor Philip Hammond is pressing ahead with sell-off plans. The group is 71% owned by the state after Gordon Brown's 2008 bailout. At its current value, the taxpayer stands to lose £26 billion on the sale.

This is all wrong. The Socialist says: nationalise the whole finance sector, with compensation paid only on the basis of proven need.

That's the way to save those jobs. And then society can plan banks' resources democratically to meet the needs of all, not enrich owners and executives.