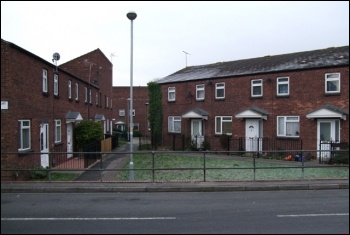 Over 40% of ex-council houses sold under Thatcher's 'right to buy' scheme are now part of the private rental sector, according to Inside Housing.

Right to buy allows council tenants to buy the house they live in at a large discount, starting at 35%. Nearly two million homes have been sold under the scheme since 1980.

When my parents announced we would be purchasing the house we were living in back in the early 2000s, I thought it sounded like a great idea. Who wouldn't want to own the place they lived in?

No longer was owning your house just for the wealthy. Now working class people could become homeowners. Well, fast forward to 2017 and you will find me and my brother still living at home with our parents.

With the average house price more than tripling in 20 years, more and more people are living with their parents well into their 20s - almost 3.4 million 20 to 34-year-olds in fact!

The thought of owning our own homes is nothing but a pipe dream now. So much for the "independence" and "self-reliance" Tory cabinet minister Michael Heseltine spouted it would bring back in 1990.

Under right to buy, house building - especially council house building - has slowed to a crawl. That has lifting house prices far above my generation's reach, and pushed rent to incredible heights too.

It's not surprising that speculators have latched onto this opportunity for extracting further profit from something as fundamental as the shelter we need for survival.

But it doesn't have to be this way. The Socialist Party demands the neoliberal right to buy scheme be abolished. In its place we need a mass programme of council house building.

Corbyn should instruct Labour councils to start building council homes now, and promise to reimburse them from government. Rents - not benefits - should be capped. We want genuinely affordable homes for all.