Link to this page: https://www.socialistparty.org.uk/articles/26754 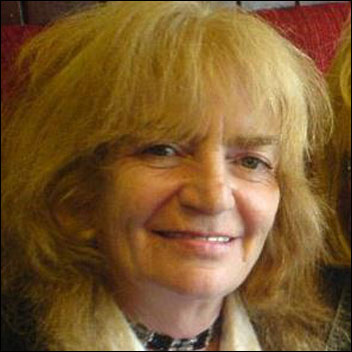 We send condolences to her husband of 50 years John, and their children Michael, Carol and Peter.

Mary became a socialist through her experiences in the 1984 miners' strike, when with her friend she would picket the local pit and got involved in Women Against Pit Closures. 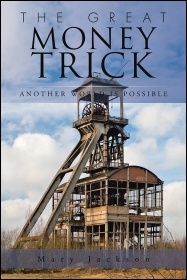 The Great Money Trick: Another World Is Possible by Mary Jackson   (Click to enlarge)

Her other huge influence was reading Robert Tressell's classic novel The Ragged-Trousered Philanthropists. Mary kept wishing this book was updated and finally decided to take that job on herself by writing The Great Money Trick, which explains how the workers are robbed by the bosses. Partly autobiographical, this is a wonderful glimpse into working class life in her village, Thorne, where she lived for 50 years.

Mary first came across Militant, the forerunner of the Socialist Party, in 1990 during the anti-poll tax campaign.

On a May Day demo, she introduced herself as Red Mary, warning that our arguments had better be good as she was a 'a bloody good socialist, self taught by the struggle.' When she finally joined us - for which she was later expelled from the Labour Party - she told us: 'I'm not joining the Militant, you're joining me'.

From the mid-1990s Mary stood as a socialist election candidate in Thorne several times, always getting a good vote, reflecting how well known and respected she was.

In the 2010 general election she felt privileged to be asked by the transport trade union RMT to be the election agent for its member Bill Rawcliffe who was standing against Ed Miliband, at that time Labour's transport minister.

In 2013, the late Bob Crow, then general secretary of the RMT, spoke alongside Mary at a packed meeting in the Trades Club, to launch Mary's campaign as the Trade Unionist and Socialist Coalition (TUSC) candidate for Doncaster mayor. 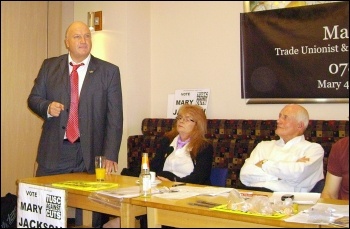 Standing as 'Socialist Mary' against the Tory's bedroom-tax and Labour's council cuts, she gained nearly 2,000 votes, which was more than one of the coalition government parties.

In recent years, as Mary struggled with mobility issues so was less active as a street campaigner, she took to social media, becoming a keyboard warrior as she helped administer the 30th 'Anniversary of the Miners' Strike' Facebook page which gained over 100,000 followers.

Mary had amazing insight and brimming self-confidence, and with her own unique brand of humour and straight talking it was impossible not to be moved by her stories and persuaded by her arguments.

Whenever a new person came to a Socialist Party meeting Mary would tell them: 'You're going to join us', as a statement of fact, such was her confidence and conviction in the rationality of socialist ideas. 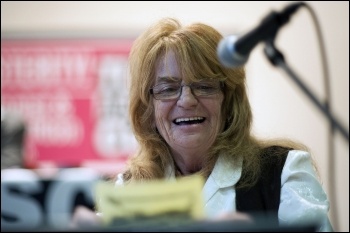 But Mary wasn't just a socialist at meetings, she lived her life as a socialist. As a citizens' advice worker for over 30 years she helped literally thousands of people, and volunteered at the foodbank in Thorne. She battled through all her own adversities to help other people.

Mary was a wonderful mother and wife. One of her proudest moments was when her husband, John, organised and led his workmates off a construction site in solidarity with the huge demonstrations against the second round of pit closures in the 1990s.

Mary Jackson was such a strong woman, a working class fighter and an eternal optimist in a socialist future, an inspiration to all who had the privilege to struggle alongside her for a better society.

Mary thought she would go on forever. Sadly not, but we can carry on her fight against injustice and inequality and for that socialist future she so believed in.

Mary's funeral will be on Wednesday 14th February, 3-20pm, at Rosehill crematorium, Cantley, DN4 6HE.

This version of this article was first posted on the Socialist Party website on 22 January 2018 and may vary slightly from the version subsequently printed in The Socialist.