Larry Fink, founder and CEO of BlackRock, the world's giantest investment giant, is the latest addition to the Bloomberg Billionaires Index. The world had 2,208 billionaires in March, according to Forbes - the 0.00003%.

BlackRock's $6.3 trillion of interests include outsourcers like Circle International and G4S which are cannibalising the NHS and other public services. The firm employs former chancellor George Osborne, architect of austerity, on £650,000 a year for just 48 days' work.

Is capitalism digging its own grave? Mark Carney, the Bank of England governor who 'earns' £880,000 a year, worries it is.

He says that thanks to automation, the internet and AI, "you have exactly the same dynamics as existed 150 years ago, when Karl Marx was scribbling the Communist Manifesto." 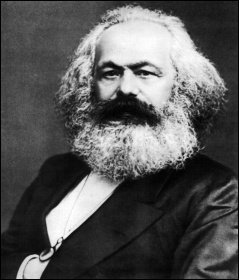 You can only cure a patient once - and that's bad for business, says Goldman Sachs. The US investment bank's April report 'The Genome Revolution' asks: "Is curing patients a sustainable business model?"

"The potential to deliver 'one-shot cures' is one of the most attractive aspects of gene therapy... However, such treatments offer a very different outlook with regard to recurring revenue versus chronic therapies."

"While this proposition carries tremendous value for patients and society, it could represent a challenge for genome medicine developers looking for sustained cash flow."

Bosses are "simply rebadging low-quality, low-skill and often low-wage roles as 'apprenticeships'," according to think-tank Reform.

The Tories have forced large employers to spend a proportion of their wage bill on 'apprenticeships'. Reform's report 'The Great Training Robbery' finds two-fifths of government-approved apprenticeship standards are not in line with genuine learning on the job.

KFC's 'apprentice hospitality team members', for example, learn to fry chips and mop floors. Firms can claim up to 90% of their 'apprenticeship' spending back.

Local authorities withhold the ashes of cremated loved ones from families who can't afford to pay, according to an investigation by the Times.

The outcry caused by the practice of councils stacking dead babies in resealable mass graves has led Theresa May to promise a children's funeral fund. But the families of adults who can't afford it have no recourse.

82% of council 'paupers' funerals' involve families who can't or won't pay, compared to 44% ten years ago, says Stirling Citizens Advice Bureau. The average cost of a funeral has doubled since 2003, according to the Times, while the government has cut bereavement benefits.

Almost a million fewer pensioners were allowed to claim emergency heating help this winter than when the Tories came to power.

'Cold weather payments' of £25 go to pension credit claimants when temperatures drop below zero for over a week. In 2017-18, just 1.7 million claimants qualified - compared to 2.6 million in 2010-11, according to Commons Library data requested by Labour.