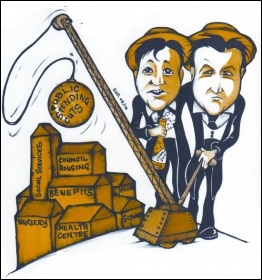 A Lib Dem wonk has claimed credit for the plastic bag charge - saying all it took was agreeing more attacks on welfare.

"It is now so cool to ban plastic, it's the government's go-to policy to move the news on from a bad story. Worth reflecting on how far we've come in the last four years...

"Lib Dem ministers started agitating for a 5p charge on plastic bags. It took us months to persuade Cameron and Osborne.

"We finally got the policy in an eve-of-conference trade, in return for tightening benefit sanctions." 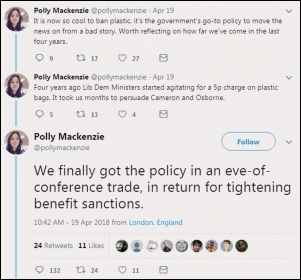 Polly Mackenzie is... proud that she got a plastic bag charge by attacking benefits claimants?   (Click to enlarge)