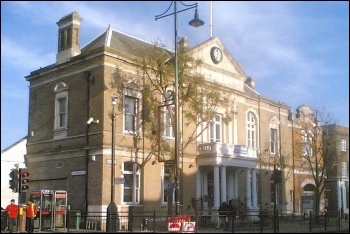 The Save Southall Town Hall campaign won the first round of a legal challenge on 19 April to defend this iconic building, and to preserve it as a genuine public and secular space for all members of our community.

Kate Markus QC agreed that our judicial review challenge should proceed to a full hearing. She accepted that we had legitimate concerns and grounds for reviewing Ealing council's decision and that the council must explain the failure to consider the community value and use of the building.

The significance of this first round victory should not be underestimated. The claimant, Mr Mohinder Pal, is a local pensioner with no funds to his name who has taken on the might of the council. It resembles a David versus Goliath battle.

The town hall is a public asset and an important historical building. It currently houses many charities and businesses, providing advice and support to vulnerable people.