On 9 May, Socialist Party members who are part of the Save Our Square campaign in Walthamstow, east London, lobbied the annual general meeting of Capital & Regional (C&R).

C&R is the developer that plans to build on Walthamstow Town Square, taking a third of the public space, 81 healthy adult trees and the children's playground - all to build unaffordable flats in monster blocks of up to 29 storeys. 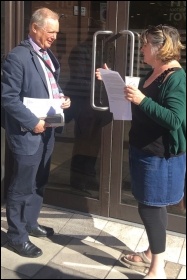 We were joined by Luton Town Football Club supporters, who have their own campaign against C&R.

Most of the shareholders refused to speak to us. But even on a quiet street in central London we met several people affected by gentrification or involved in anti-developer campaigns of their own. 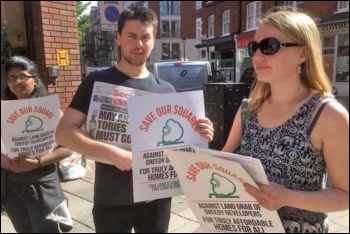