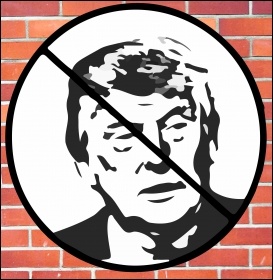 The world was rocked on 18 May by yet another school shooting in the USA. This time it was in Santa Fe, Texas, when eight students and two teachers were killed. It is the 22nd school shooting this year in America, and brings the number of overall mass shootings to 101, which have left dozens more dead across the country.

In response to the horrific violence, young people across the US have taken to the streets to protect their lives and fight for their future. The March for Our Lives protest on 24 March was unprecedented - one of the single biggest days of protest in US history. With hundreds of thousands protesting in Washington DC, as well as tens of thousands in other major cities across the country, there were a total of 800 protests around US and internationally.

Young people and students have drawn the conclusion that their own independent mass action is the only thing they can rely on in the fight for change.

President Donald Trump reacted to the killings by saying that he and his administration were "determined to do everything in their power" to protect students.

But only two weeks previously, Trump addressed his friends at a National Rifle Association (NRA) meeting in Atlanta. He reassured the meeting that "your Second Amendment rights [the right to carry guns] are under siege, but they will never, ever be under siege as long as I'm your president" - a clear reference to the March for Our Lives and others. It's clear that links to and funding from the NRA is what matters most to Trump, not the lives of young Americans.

When Trump visits Britain on 13 July, we need to launch our own unprecedented day of struggle to let him know that he and his pro-capitalist, racist and sexist ideas are not wanted.

So in the run up to 13 July the Young Socialists, supported in many areas by Socialist Students and the Socialist Party, will be building for protest walkouts of young people from their schools and colleges.

Young Socialists will be producing 'I pledge to walkout on 13 July' sheets, for students to sign up classmates and spread the word about the walkout. We'll be helping our young members and supporters to launch planning committees in schools and colleges for those wanting to organise their classmates.